The Canadian government under Justin Trudeau is attempting to alter the narratives about Canada's relationship with the African continent. Beware the initiative is largely an ideological chimera devoid of concrete action, but even worse, it is blatant hypocrisy. 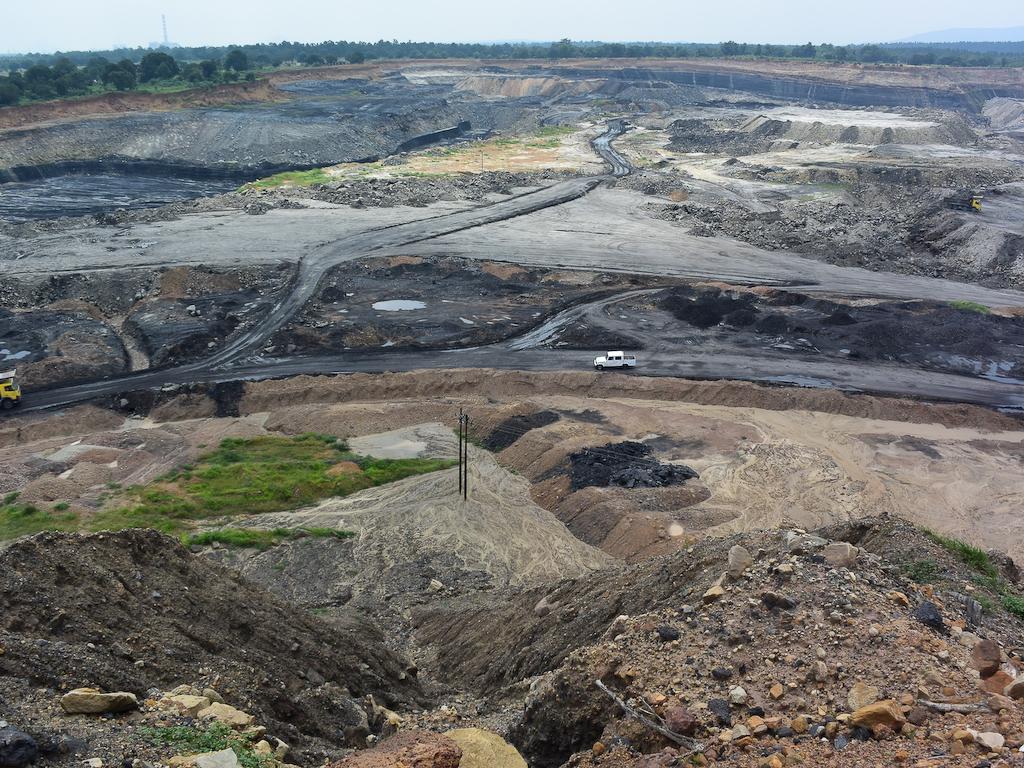 The purported “new agenda” for Africa began with a trip to Nigeria, Kenya and Ethiopia by Foreign Affairs Minister Stéphane Dion in November of 2016. The following month, in conjunction with a visit by Prime Minister Trudeau to Liberia and Madagascar, the government officially declared that “Canada is Back,” supposedly reviving global relationships that had been ignored or soured under the previous government. Thus, some have suggested the time is ripe for a renewal of Canada's foreign policy with the African continent in a manner that could allow us to reset the agenda of Canadian aid to the continent.

It is, however, ridiculous to suggest Canada was somehow absent throughout the Harper years. Canadian public institutions have facilitated and guaranteed foreign investments through a variety of channels, including the recent signing of 10 new Foreign Investment Promotion and Protection Agreements across the continent. As far as foreign investment is concerned, Canada has never been more involved in Africa, with Canadian mining investments increasing more than 100-fold in a 20-year period. Even when we look at ‘official’ Canadian involvement on the continent, we can see that Canada played a central role in the Libyan intervention-turned-invasion. It also supported French operations in Mali, and had military roles in the Congo, Darfur, South Sudan and Nigeria.

Yet, as Dalhousie University Professor David Black notes, our developmental impact on the continent is marginal, with assistance amounting to a mere 0.28 per cent of GDP (far short of the the UN set benchmark of 0.7 per cent). Black also suggests there has been little coherence to Canadian policy in Africa in the Harper years. I disagree. The formula was that Canada would provide just enough ‘aid’ to get social license for its corporate engagement, while doing everything it could to protect Canadian investments. Ottawa University Professor Stephen Brown has described this as the “instrumentalization” of Canadian aid, which was re-directed to serve Canadian business interests, rather than the supposed recipients.

I do not accept the claim that Canada is ‘back’. Yet I agree it is an important moment to reconsider our relationships with the African continent. Evidence suggests three key ways the Liberal government could significantly help Africa in the coming decade, and two do not even relate to the issue of aid funding.

The greatest contribution we could make to Africa is to meet our Paris Agreement commitments. A 2015 Report by the Africa Progress Panel (APP) makes it clear Africa will suffer the most from climate change and singled out Canada as one of the countries (along with Australia and Japan) most obstructing progress on carbon reduction. African countries are disproportionately among those most at risk of loan defaults as a result. In fact, the consequences of climate change are already seeing the rapid escalation of internal displacement on the continent. A recent report by the Internal Displacement Monitoring Center claims that 1.1 million people were forced from their homes as a result of environmental calamity in 2015, while environmental displacement impacted 14 million between 2009 and 2015. People are also being displaced because of wars, development, and business projects. These trends follow on 30 years of neoliberal economic policies that have devastated agricultural systems and increased pressures around water sources as commercialization leads to an increasing enclosure of “common pool” resources.

The APP report cited above suggests that for Africa “To avoid catastrophic climate change, two-thirds of existing [oil] reserves have to be left in the ground, begging the question of why taxpayers’ money is being used to discover new reserves of ‘unburnable’ hydrocarbons.” Yet, with the Liberal Government approvals of Kinder Morgan and Energy East pipelines, Canada is set to unleash ‘a Carbon Tsunami’, making the chances of meeting our Paris commitments substantially less than zero. At the same time, the country still subsidizes fossil fuel companies to the tune of $3.3-billion this year – far more than the $2.3-billion budgeted to African foreign aid in 2015.

A spousal abuser does not get exonerated of their crime because they bring roses in the morning. When our government allows those pipelines to go through they are not only reneging on their treaty obligations and permanently altering ecosystems First Nations peoples depend upon, they are doing the same thing to millions of Africans. No amount of ‘Aid’ is going to correct this.

Canada could also aid Africans by reigning in the mineral extraction companies that are displacing and fleecing local populations while leaving irreparable ecological damage. It is no secret Canadian mining companies are the worst, for environmental impacts and human rights violations. We know they list on Canadian stock exchanges to take advantage of our low taxes and lax regulations, to shield themselves from legal accountability and to gain access to diplomatic services. We also know the “corporate social responsibility” strategy established by the previous government fails to improve the conduct of our mining companies. Two of the most disturbing aspects of our mining activity in Africa are that the bulk of it is within countries with the least institutional capacity to take advantage of investments, and it is specialized in gold extraction. The latter not only has enormous environmental consequences; it is largely going to end up in bank vaults of investors trying to protect themselves from the broader crisis of global surplus liquidity. In other words, the rich just have too much money and our government revenues are supporting their hoarding.

For these reasons, the Liberals should stop dillydallying and put in place a mining ombudsperson to investigate claims against Canadian companies abroad and ensure they have mechanisms at their disposal to punish offenders and make them accountable to Canadian courts.

Thirdly, Canada could stop supporting the failed neoliberal model of promoting Public Private Partnerships (P3s) in Africa. This is especially so when one considers its application in “building value chains” in the agricultural sector as a means of purportedly supporting climate change mitigation. A recent study by the Institute for Poverty Land and Agrarian Studies at the University of the Western Cape examined the impact of such policy orientation in Southern Africa. What they found is that these policies end up subsidizing the wealthiest farmers and agri-business companies. The intention of such programs is to support the development of hybridized seeds specifically bred for local conditions and to increase yields. Yet the results have seen the grabbing of genetic resources by international seed companies, while local populations are increasingly deprived of common pool resources, see a reduction in the diversity of their diets and see greater class differentiation, with the wealthiest farmers excelling while the smaller are sent into greater poverty.

This is largely consistent with the findings of a new study by the UN FAO. The evidence strongly suggests that such programs speed up processes of displacement and urbanization and do not promote food security, but contribute to the maintenance of the most unequal societies in the world. These are the conditions that lead to militarization and war.

Rather than more Public Private Partnerships, what Africans need more than anything else is serious public investment in social infrastructure; water treatment plants and sewer systems, electrification, public transportation, schools, and hospitals. Canadian companies could theoretically play a role in supporting such infrastructure development, but it should not be designed to channel public funds toward the service of Bay Street investors. The P3 Model has been a failure in every Canadian context and should stop being pushed on African countries (John Loxley of the University of Manitoba describes them as “Ideology Trumping Economic Reality”). Instead, African countries are going to have to rely a lot more on taxing their own populations and the mineral extraction companies that in some instances are getting away with ridiculously low tax rates, especially given the enormous consequences of their activities. They will of course not accept any of these recommendations without significant social pressure being placed on them. So let's get to it. 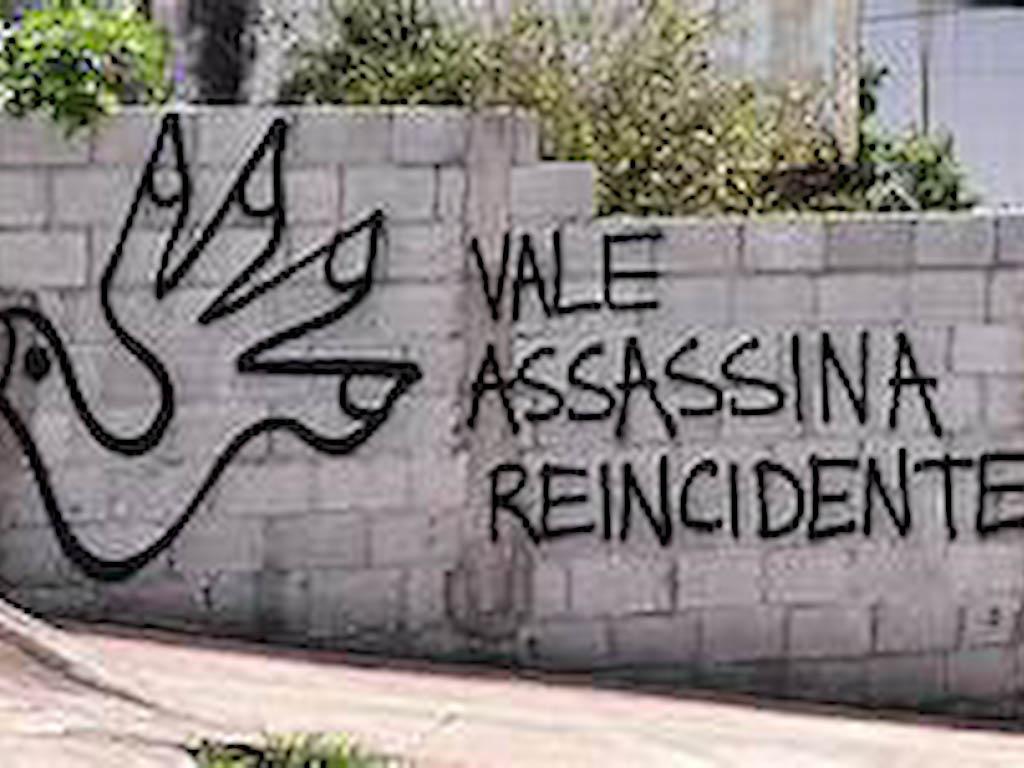 The Churches and Mining Network cries with the victims of the socio-environmental crime of Brumadinho, Minas Gerais (Brazil), No to impunity! We are writing today from this violated community, [...]
No More Petroleum-related activity in the Amazon Basin of Peru 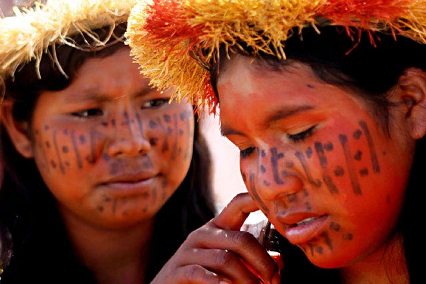 40 years of death! 40 years of impunity! 40 years of exclusion! This is what 40 years of petroleum extraction have meant in the forest where indigenous peoples have lived for centuries.
Chevron in Ecuador: A Defining Moment 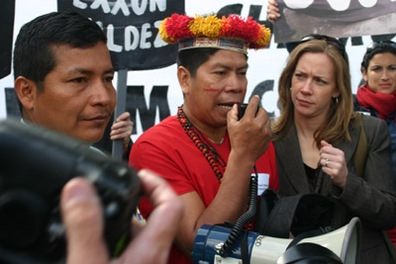 In just under two weeks at Chevron's annual shareholders meeting, the oil giant's leadership will face tough questions from shareholders, the media, and the public now that the company has finally [...]
The Church should not allow itself to be bought 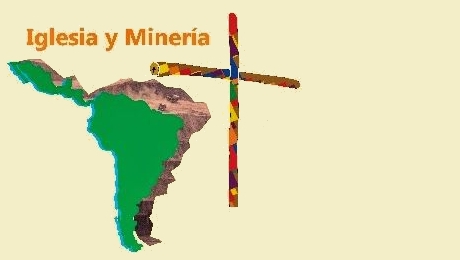 We know close up the suffering of many communities and traditional peoples, as well as violations of the rights of the environment and of future generations, provoked by the big mining projects that [...]
Community impacted by mining operations creates website 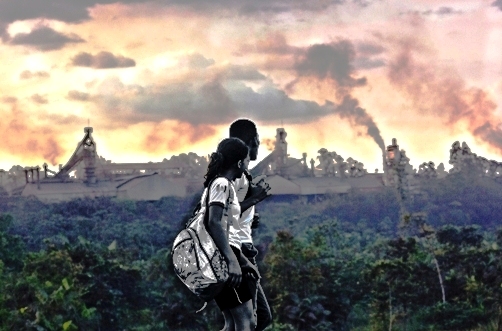 The alarming case of Piquiá de Baixo community, in Brazil, newly appeals to the world’s solidarity. Piquiá de Baixo is the industrial district of the municipality of Açailândia, in the state of Maranh [...]
Dialogue on Life and Mining 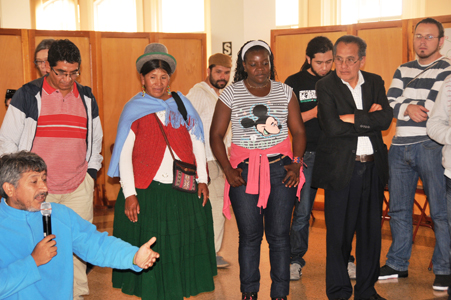 We are religious and lay men and women from Latin America moved by the critical situation of our peoples vis-à-vis the extractive industry — they are impacted day after day by the destruction of Cre [...]
Mining and Human Rights 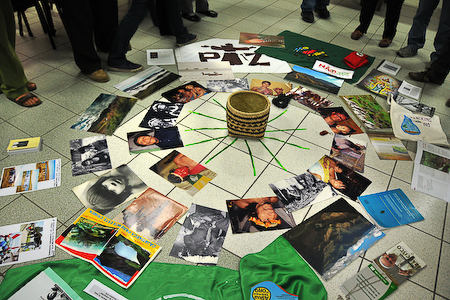 From 1 to 9 November, the capital of Peru was the host city of three international events focusing on the social and environmental impact of ming related conflicts caused by extractive industries on [...]
Canadian mining firms worst for environment and human rights 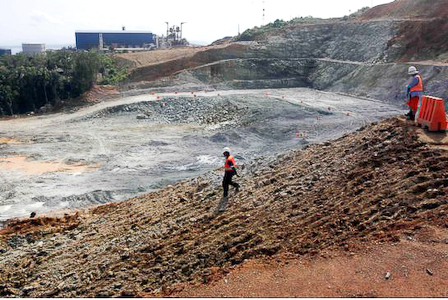 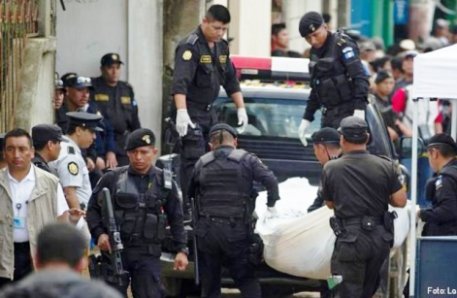 The Mayan community of Kakchikel has been defined by its struggle to defend its territories from the threat of extractive industries, and has played an active role in the La Puya nonviolent [...]
What’s behind the mining industry? 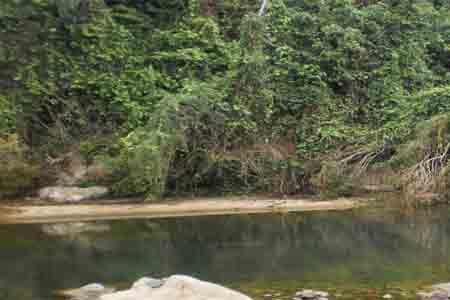 “If I knew that the world ends tomorrow, I would still plant a tree today” (Martin L.K.). “He comes and takes all my gold away”, replies the young girl to him, singing. And what does he leave? A [...]