Save the street children from trafficking and abuse

“They are wonderful children who, because of the terrible experiences they have had, wish for a better life and a different future".Comboni missionary sister’s commitment for street children in Uganda 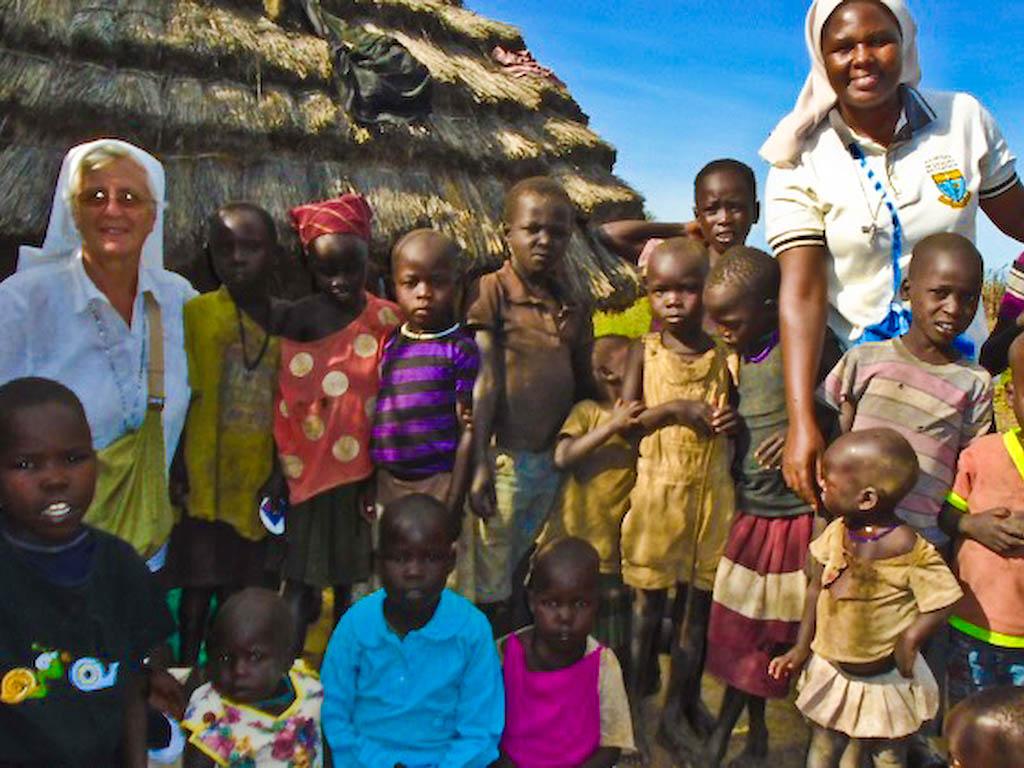 Girls between 10 and 15 years of age are crammed into a tin hut, where there are even 30 or 40 that sleep", says Sister Fernanda Cristinelli about the widespread phenomenon of human trafficking. "The poverty in this part of Uganda is so high that many families allow themselves to be persuaded to entrust their children to villagers for a few pennies a month. What the mothers do not know is that their children are part of a network of human traffickers bound for Kampala, where begging on the street awaits them, but also the sexual abuse of women and survival on bread and water in a slum where the situation has been made worse by the pandemic. That is why we have in the name of Jesus, decided to do something for them to give them back their dignity and love". The 58-year-old Italian religious has been a Comboni missionaryin Africa for 32 years The Karamoja region in northeast Uganda is classified by the Food and Agriculture Organization of the United Nations (FAO) as one of the poorest regions in the world: 1.2 million inhabitants, of whom 61% live below the poverty line. "Girls at the age of 15 usually have more than one child and each mother has eight children on average", says Sister Fernanda, who commutes every month from Moroto in Karamoja to the capital, where she has started a project intended for children who are victims of human trafficking.
In March 2019, thanks to funding received from the Italian Bishops' Conference and the United States Agency for International Development, the "St Daniel Comboni Children Center" was opened, a day center where street children can spend a few hours of their day. "Here", said the missionary, "they can play, eat and, above all, be lovingly cared for". In a year and a half, 200 children have visited us. "In addition to the nuns and a counselor, the center also has social workers and psychologists who accompany the sexually abused girls: "We have started a rehabilitation project", said the nun, "where we can make women aware of the consequences of every single action. For the older children", she continues, "we offer vocational training so that they can find better jobs; we try to free the younger ones from the hands of those who earn money with them. The only way to get them off the street is to send them to school". "The problem", said Sister Fernanda, "is that some children who cannot be accommodated go back to the streets in Kampala at the end of the school year. We cannot let that happen. Also because we see the wish for a better future in their eyes: They are wonderful children who, because of the terrible experiences they have had, wish for a better life and a different future".

Photo. Comboni Sisters with children in a village in Uganda

“A tragedy”, “an abominable crime.” Over the years, the Pope has often made his voice heard about the terrible plague of child soldiers, becoming an interpreter of the pain of [...]