What happens on the border between Poland and Belarus and in the Mediterranean, what happened to children on the border with the United States, and the list can go on, clearly shows that migration policies are designed for the interests of rich countries, and they are the result of political rather than humanitarian positions. Nevertheless… 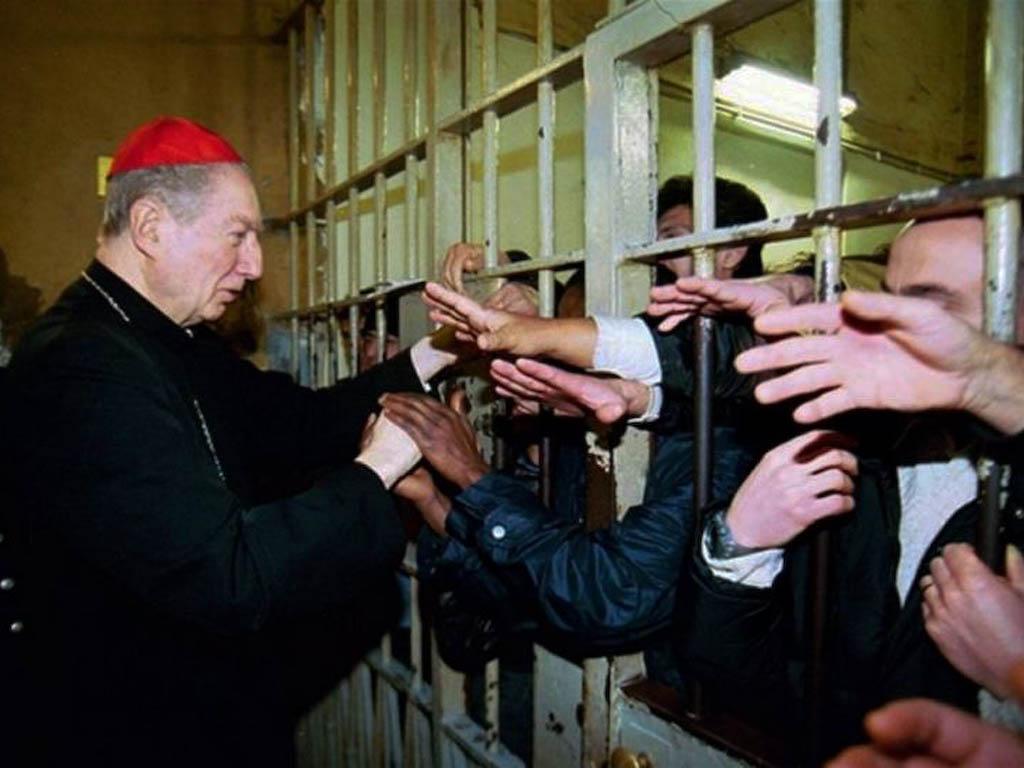 When it is said that we do not do enough for immigrants, it is always talking about governments and people of the countries of arrival. But when immigrants become “hostages” of geopolitics, one wonders, are we really honest with these people? Is what is said and done “for them” and “in their name”, really for their good, of their families, and of their countries?

Anna Spenna – November 9, 2021, on the VITA website – writes, quoting Gianfranco Schiavone, “The rejections exercised by Poland are illegitimate in all aspects. Belarus is certainly exploiting people and treating them as weapons of blackmail, but the fact that they have been pushed into the European Union does not authorize Poland to block their entry”, it is understood in Poland (Diritto d’asilo, la Polonia fuorilegge). Let us understand. An intruder comes in, or I invite him to my house and then I say, ‘go to my neighbor’s house, in fact I will give you the keys because I feel like harassing him.' Does my neighbor have to welcome him? Cannot he say, “I don't know how or why you got there. You can stay there or go home?” Aren’t we playing with these people under the pretext that we call them “immigrants” and that we good guys have to help them?

In December 1990, eleven years before the attacks on the Twin Towers highlighted the “problem of integration” again, the then Archbishop of Milan, Carlo María Martini, delivered a speech for his city on Islam. His words can sound quite strange because they avoid certain clichés. However, they serve to rethink the phenomenon of migration in truth and respect for people.

“I would like to recall here – he said – a point that was not very analyzed until now. And it is the need to insist on a process of ‘integration’, which is very different from a simple reception and some kind of accommodation. Integration involves educating newcomers to integrate harmoniously into the fabric of the host nation, to know its fundamental laws and customs, not to demand privileged treatment from a legislative point of view that would effectively make them ghettos and potential sources of tension and violence.”

Mutual respect requires the immigrant to accept a reality unknown to him upon arrival. Is this possible if he is not informed of what to expect before leaving his country? Of course, this is not possible for those fleeing war, but what about the others?

“Don’t they know that by going to sea on certain ships they risk their life?” “NO, they don’t know it very well.” The daily tragedies of the ferries that, in poor countries, sink, causing the death of women and children in rivers or in the arms of the sea, tells it. And how can they refuse to be the commodity of hegemonic politics if at the end the game of going to someone else’s country to break into their neighbor’s house without any respect for the law turns out to be a success?

No one can ignore the suffering of others, but solidarity requires honesty and sound judgment from the start. The emergency closed our eyes to this serious problem, Martini insisted, and warned: “It is necessary to make immigrants, who come from countries where civil norms are governed only by religion and where religion and state form an indissoluble unity, that in our countries, the relations between the State and religious organizations are profoundly different. Religious minorities “have among us those freedoms and rights to which all citizens are entitled”, but they cannot appeal, for example, “to the principles of Islamic law (shariah) to demand legal spaces or specific prerogatives.”

An example that brings the entire social space into play. He made a concrete proposal: “To elaborate a multiracial integration path that considers the real integrability of the different ethnic groups. In order to have an integrated society, it is necessary to ensure the acceptance and the possibility of assimilation of at least a minimum nucleus of values ​​that form the basis of a culture”, and he cited the declaration of human rights and the equal rights of all before the law.

This inevitably implies the willingness to be integrated form the newcomer. Is it not illusory and inhumane to demand this acceptance from those who arrive after months of suffering, abuse, injustice and waste of economic and physical energy live outside of all legality? How can we expect it from those who consciously or unconsciously accept to enter the game of illegal geopolitics to reach an end, even legitimate, but still personal?

By the need of wanting to consider immigrants as people, do we not forget what we people are like? Beings of habits, often unconscious and selfish, that, once assimilated, prevent us from rethinking our behaviors. Months of suffering, of living without a homeland, certainly do not help people integrate into a culture they do not know, with a language they do not understand, in a socio-economic system alien to their experience. In any case, the game of starting the adventure “outside the law” does not help them to accept unknown laws.

Cardinal Martini quoted the Rule of Saint Francis of Assisi where it speaks of the “friars who go among the Saracens” and explained how they should do it. San Francisco wisely suggested that the expatriate, like any immigrant, should ask himself before setting out on his journey if he was really willing to leave behind the world that was his in order to accept the world he was going to find (Dall’intervento del Cardinal Matini, Basilica of Sant'Ambrogio, 1990, Milan).

It is the necessary beginning of a slow process of integration that regular immigration should ensure – something that unfortunately does not happen today – using waiting times and documents.

Is it legitimate to expect this from irregular immigration? It will never bear the fruits that those who arrive and those who receive expect, that the country of origin and that the host country desire. Expecting it or pretending it is only from deceived people, who deceive themselves or want to deceive others, even with the best intentions that many times do not exist.

The war refugees should keep the governments that throw the stone and hide the hand sleep away. And everyone has the right to seek the best for themselves and their family. But those who manage to escape the often-cruel economic fate of a country where the local wealthy classes cooperate with foreign corporations to exploit the soil and subsoil, are not the weakest, they are the strongest physically, psychologically, economically, and professionally. So much so that these immigrants bring a wealth of professionalism and manpower to host countries. But they do it at the cost of taking this wealth away from their poor countries: it is a new form of colonization, a drain comparable only to slavery.

Cash remittances help several families in need, but for the most part they create generations dependent on foreign aid that perpetuate poverty in their countries. Karl Marx would say that irregular emigration is allowed, when unwanted, by corrupt and dictatorial governments because it frees them from an army of dissatisfied people that could become a revolutionary force.

We are all the fruit of violent invasions called “barbaric.” The work of centuries has given birth to civilizations thanks to an integration imposed by the need of coexistence. The violence of forced marriages, female mutilations, abuse of young people and especially girls who want to integrate, the rejection of preventive norms against Covid19, escapes from reception centers, violence against social workers, are not only a deplorable phenomenon of the current migratory system, but symptoms that the current trajectory of the migratory phenomenon is wrong and only produces violence.

Integration is something very different, Martini said. His conclusion could be that we must have the courage to resume the debate in more open ways, in the countries of departure and before the migratory departures. Or let us be willing to accept what has happened with all the great migratory phenomena – look at the experience of Europeans in the United States –, that is to expect a social peace only after centuries of suffering and violence. 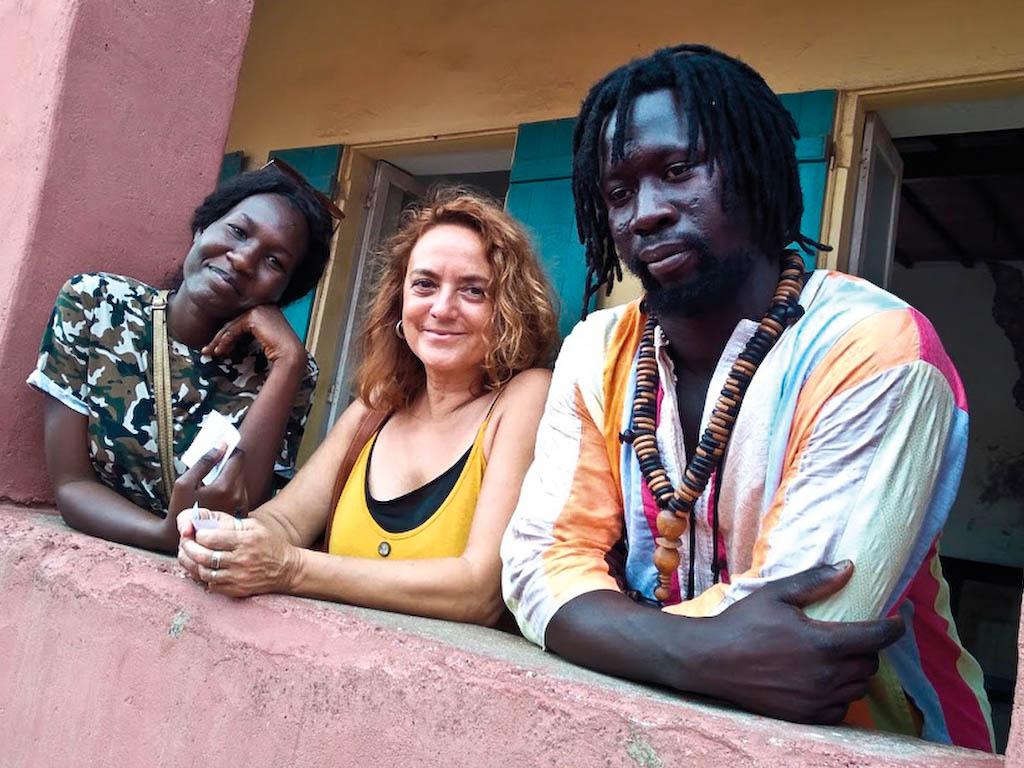