Every Christmas comes with its Advent, an event-surprise: that year it had a name, Stanislas, an old catechist. 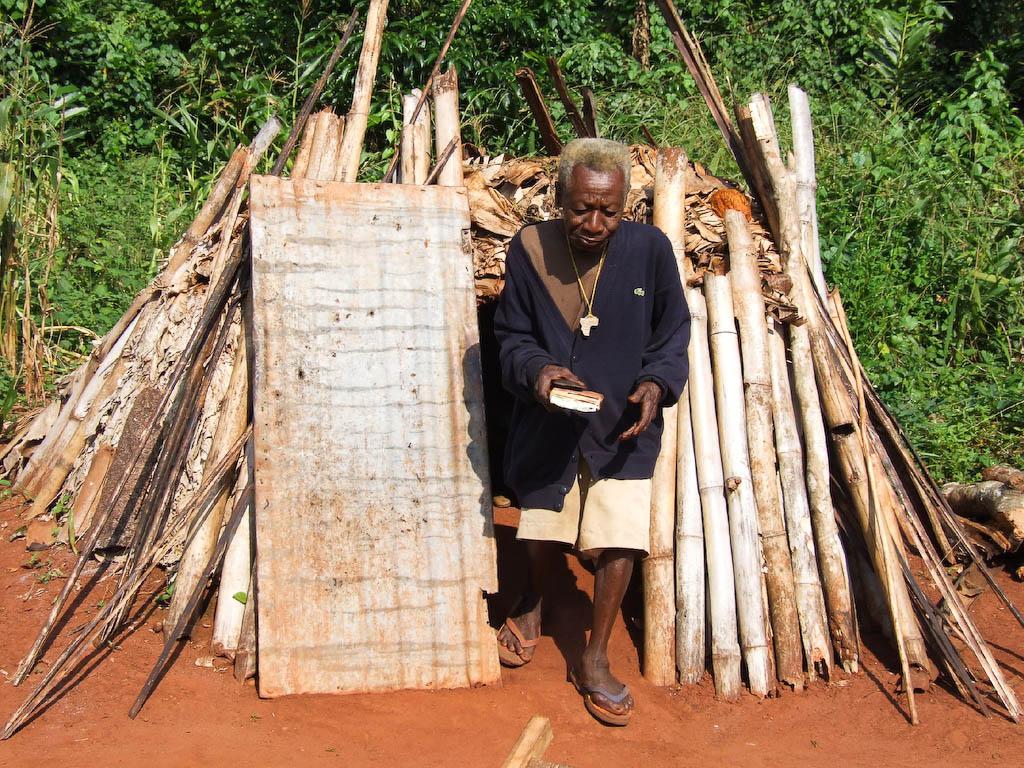 It is ten o'clock at night. Maboma is shrouded in darkness and silence. The only road within two km ends in the parish courtyard. There is no light, no bars, the nearest houses stand a hundred yards away. I get ready to sleep listening to Christmas music, thanks to a solar panel battery. Suddenly a hoarse voice whispers at the window: "Unihurumie, patri" - Forgive me father -. In that "silence of peace enveloping everything in a night almost at the middle of its course", I feel as entering in a Dickens' story.

Stanislas drags his feet into the room light. He is tired, exhausted by the 15 km run from Njenjekazo. He trembles with fear. What's up, what is he doing here in the night?

- I escaped - he replies stammering -. They want to kill me. They say it's my fault.

I start to understand. The village chief died. But why do they accuse him?

- I'm the oldest in the family and in the area.

He says it as a normal thing. It's the usual story of witchcraft. Everyone knows that Samuel, the chief, died of AIDS, following closely behind his third wife, dead of the same cause. But this does not matter to anyone; everyone knows that there is no natural death or one due to illness, you only die of the evil eye by a youth who would take possession of your qualities, by an old man who wants your life force to prolong his life. Only one thing matters, to know who threw the evil eye and eliminate him/her so he/she does not continue to do harm.

Stanislas, from that night lives with us; he spends his time with prayer books because he is too old for working; he is declining visibly, it seems he keeps alive only for getting to Christmas, to reconcile with God and return to the sacraments.

Two years have passed by. I'm writing, and it is night just as when Stanislaw leaned out to my window. A new Christmas is approaching and the Lord was back again today as advent-event in the Njenjekazo village. Here Stanislas spent long decades of service and was to be replaced long ago. It was impossible however; a malaise of the new catechist would have been seen as from his revenge. So every week Sebastian used to do a journey of 15km from the centre and direct the Sunday celebration in Njenjekazo. Sebastian is certainly not a great personality, he is not even married in the church; but God knows how to draw his children from the stones and Sebastian did wonders: the chapel has reconverted and the Eucharist we celebrated today was one of the most beautiful I ever had, with songs, flowers and a large group of pygmies who live near the village. They too showed up with their dances and their joy, although almost all without any clothes. We thanked Stanislaw and Sebastian, and we had the new catechist installed. We recalled also a piece of history. When Stanislaw became a widower, he was looking for another wife. He managed to get a goat: with that he would never have succeeded in satisfying all the demands of local tradition for a true marriage. But a wife would show up. The goat was stolen the night before he would deliver it. He bought another one in the market: in the morning it was healthy, later in the night it died mysteriously. Without a goat, Stanislaw remained without a woman and went through his old age with pains and struggles, but happy of being fully faithful to his Christian faith and of maintaining it alive in his community. Sign of hope. Really, but not entirely.

The chapel had fallen apart and it has been built again, beautiful, even if it is still only of straw and mud. Stanislaw had his hut really close to the chapel. Also this had fallen apart, but nobody has done anything and he’s living in a lower, lesser slum, kept together by some bamboo pieces and two tiles: until the next rains it will fall on him. Around his neck a beautiful crucifix, sign of thanks for the decades of a fulfilled job, I appealed to the local community: let rewarding him  with a new house, small but worthy of the old man that who kept the community standing. It will be a sign that Christmas would also reach Njenjekazo this year.

Our founder, Daniel Comboni, in his flourished nineteenth-century language said (W-N° 2701) that "The Missionary to Africa will often have to reflect that he works in the undertaking [...]