The Sudan Airlines' 737 rolls on the Wau’s runway. I look down while the land widens towards the horizon, painting mangos and acacias trees on the grey and reddish sand, making the brushwood and shrubbery look like ground miscarriages. Scattered here and there the small huts of mud and straw: those with zinc roofs go quickly behind as soon as the flight going up leaves the city area. 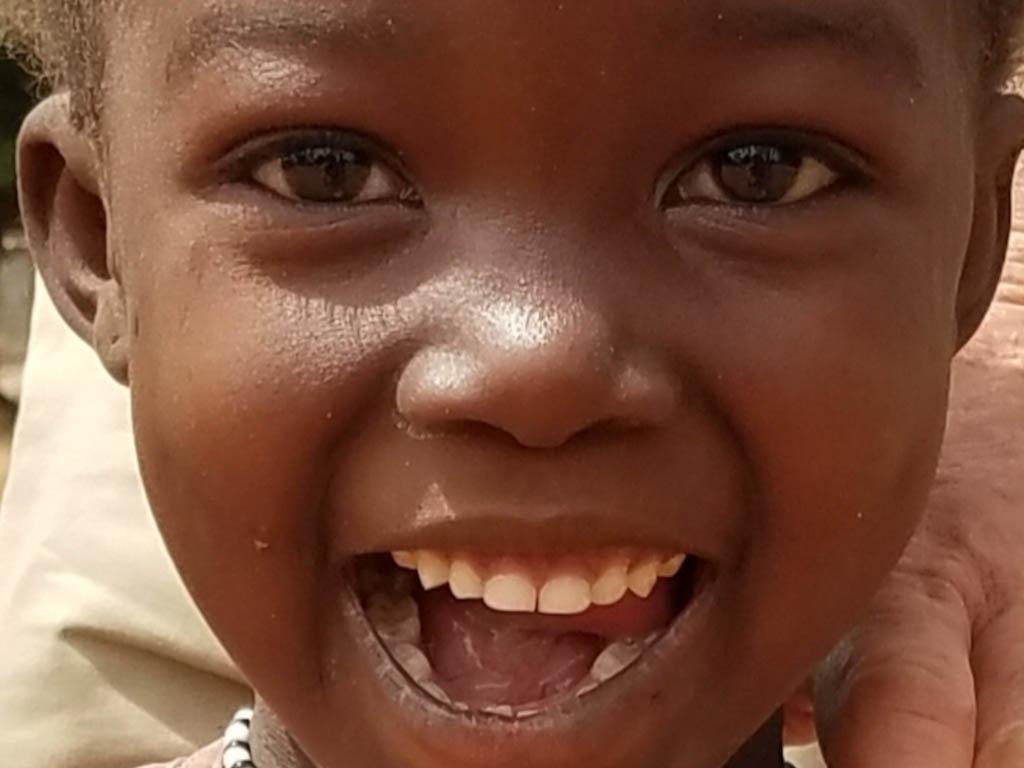 I contemplate the borderless Wau’s land. While the ground passes behind, a cloud of memories suddenly brought me back to the past. Wau! A name I heard first long time ago, in 1957 when I joined the Comboni Missionary. Nannetti, a father recently back to Italy from Sudan, was supposed to teach us geography. Actually, to our delight, he spent the lessons talking about his missionary experience and we became more familiar with people’s names such as those of Shiluk, Dinka, Nuer, Bari, Acholi and places like Juba, Rumbek, Malakal, Wau, and Gondokoro than with European capitals and  Spanish and French rivers. Guided by his imaginations we were running after lions and elephants, antelopes and gazelle in this African savanna. Was not a part of Sudan call Bahr el Ghazal, land of gazelles?

Suddenly an unexpected page of history came up breaking all dreams. In 1959 the first missionaries’ deportation by the Islamic power ruling in Khartoum took place. Some went to Isiro, in the northern Congo where they met their martyrdom in 1964. Another huge deportation followed in 1964 and in the Southern part of Sudan few missionaries remained just because there were Sudanese. It did not take long and the rebellion of south Sudanese ethnic groups, Christians and animists, against Khartoum dominated more and more by extremist Islamic and Arab ideology, burst forth. A long war followed and in this wild region, most of the exotic animal were hunted and disappeared.  John Garang, a great leader of the SPLA (South People Liberation Army) succeeded in unifying all the rebel groups and forcing Khartoum to sit at the table for dialogue. He would prefer to keep a unique nation with huge and secured autonomy of the Southern part of the country. Garang died in a helicopter accident and the new leaders imposed on Khartoum a call for an independence referendum followed by independence itself.  The world’s newest country was born on July 9th 2011 and named South Sudan.

Joy and hope for a bright future gave way soon, too soon, to the strife and battles for power and riches – the discovery of gas was the spark to set fire between different groups. The Dinka prevailed and imposed their rule. Open war, guerrilla, rebellions, peace agreement meetings, fighting stops, international and national dialogues went on and on for eight long years.

The pilot’s call to fasten the seat belt because of turbulence brings me back to ‘now’, and I review the 7 days spent in Wau. I visited the Comboni Hospital where every day 400 persons, among them several dozens of children, receive attention. In these days, the Diocesan Pastoral Health through the Swiss Red Cross organized a specialist visit for eye operations. One hundred patients, their cataracts removed, recovered their sight while about three thousand had no more than a promise for a near or future help.

With Matteo, a friend who in his fifties left his post of professor at the Milan Polytechnic University to spend his life in South Soudan, we crossed on foot several times the town of Wau.  Sand and dust are reddish like children greeting us while smiling and repeating their day class of English: “Yesterday it was How are you?, today is Which your name?, says Matteo.” Everywhere we enter, is it the Catholics Health Training Institute, or a great Jesuit’s secondary school, or the 1,200 pupils’ Salesian sisters’ primary school, he I cheerfully greeted with a show of sincere affection. They are happy to see him and swiftly flow the questions like “Did you bring the lead lamps we were looking for?”, “What about the starter motor of the generator?” “Have you got time to repair my computer?”, and on and on.

In the local cemetery, I meet the tombs of a dozen Comboni Missionaries. Some of them were already buried in their 29, 32, 36 year. Among them the tomb of Brother Josué dei Cass who spent his life among the lepers.

Near to the cathedral we enter what is called POC, Protection of Civils, what in fact is a displaced camp of 8,000 people. Many children and youth greet Matteo by name. This POC is a small one; the biggest build by the UN program received 40,000 people, while now they are no more than 13,000. Many went back to their homes and villages. I see signs of hope. Visiting it, reconciles me with the UN. They did good work, comments Matteo. I can see, the drive away for raining water, huts separated one from the other by straight and clean small streets. Banks and walls were raised to prevent erosion and mud from penetrating everywhere.

For public transport, we have a choice: the boda, the raksha and tuku. The last is for material, the second is a three wheel motorcycle and expensive. We give priority to the first, just small motorcycle and bargaining the price between 300 or 250 Sudanese pounds amuses me: the difference for two persons and 20 m. of journey is of 12 cents. One-dollar rate is of 270 Sudanese pounds. Travel is without any problems and we can walk peacefully up and down through the huge and well-traced streets and avenues: Wau will be a wonderful town when peace returns. However, when would this longed-for peace be back?

Five out of eight months of the transitional period towards a comprehensive peace, are already over without any implementation. Soldiers should be in theirs camps, but the population did not accept the first proposal for fear of army proximity. Dinka officials are said to be going around enlisting new recruits to replace those who will be eventually confined in the camps. When I go out of the town with a local priest, we are stopped at several barriers and we receive glances and words of suspicion. NGOs, UN programs are seen as supporting the rebels: without food, medicines, or clothes the rebels would have surrendered long ago, is the guess. Visiting the Catholic University fills my spirit in sadness.  An obsolete building, few students, no future in sight.

However, Matteo organized as a last moment of my visit a meeting with a dozen of young women, current or former students of the Catholic University in agriculture. I am here for training on land grabbing and I am eager to listen to them.

Seated in a corridor of an old building Matteo had repaired for housing them, and sharing a panettone from Italy enriched with a glass of warm water on a hot afternoon, I bring them several questions. Do they know what land grabbing is? Did they hear about the 8-10% of Sudanese land already leased to foreign corporations? What about the 2009 Land Act, the sugar plantation in Mangala, the Nile Trading and Development a Texas-based company, or the Al Ain National Wildlife Emirate based company? No hint of knowledge or of interest from them.

However, when I question the right of women’s land ownership, or the implication of land tenure in women rights, freedom of marriage, and women’s authority in family and social life, the discussion warms up. The picture they draw for me is one of no more negative thoughts of an enclosed, isolated, retrogressive, and regressive pastoralist society. They smile, they shake their heads and their hand, they swing their index finger in an indescribable mood of discontent and frustration. Despite the overall consent to what is said, one voice concludes speaking for all, with a “however”, a “nevertheless”, a “no matter how”, and a “still”. It is Mary, the shortest and thinnest of all, the one who seems the most rough and rustic of all. “I was supported by my mother to come to the university”, “My father accepted my refusal of early marriage”, “In my family it is already decided which land will be mine”, “I can speak in front of the elderly”. “Yes – she ends the meeting – we are far from the goal we hope for, but we are on the way, even though we are at its beginning.”

The rights of women seems to be the icon of peace: they are not yet at the horizon, but they are dreaming hope. As a hope it is peace dreamed too.

Language, the way for Advocacy too 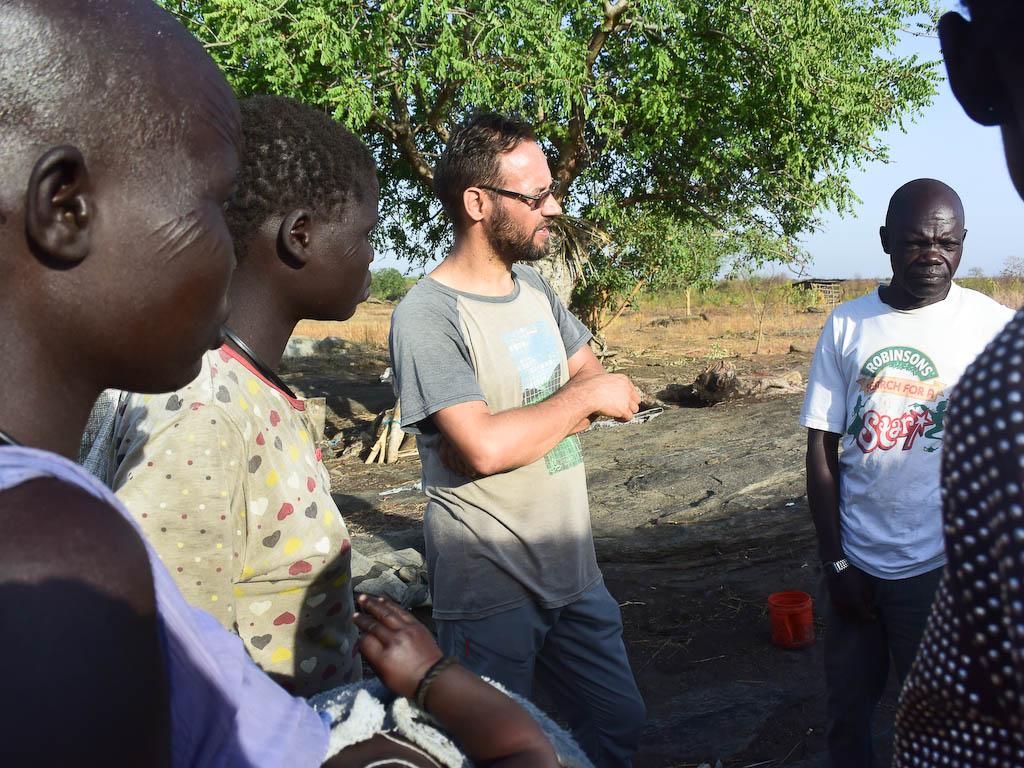 My confreres were very helpful and they were a continuous point of reference for me. I made friends with many Nuer youths who endeavoured to teach me their language. Every day I spent hours under the [...]
With Gratitude and Hope 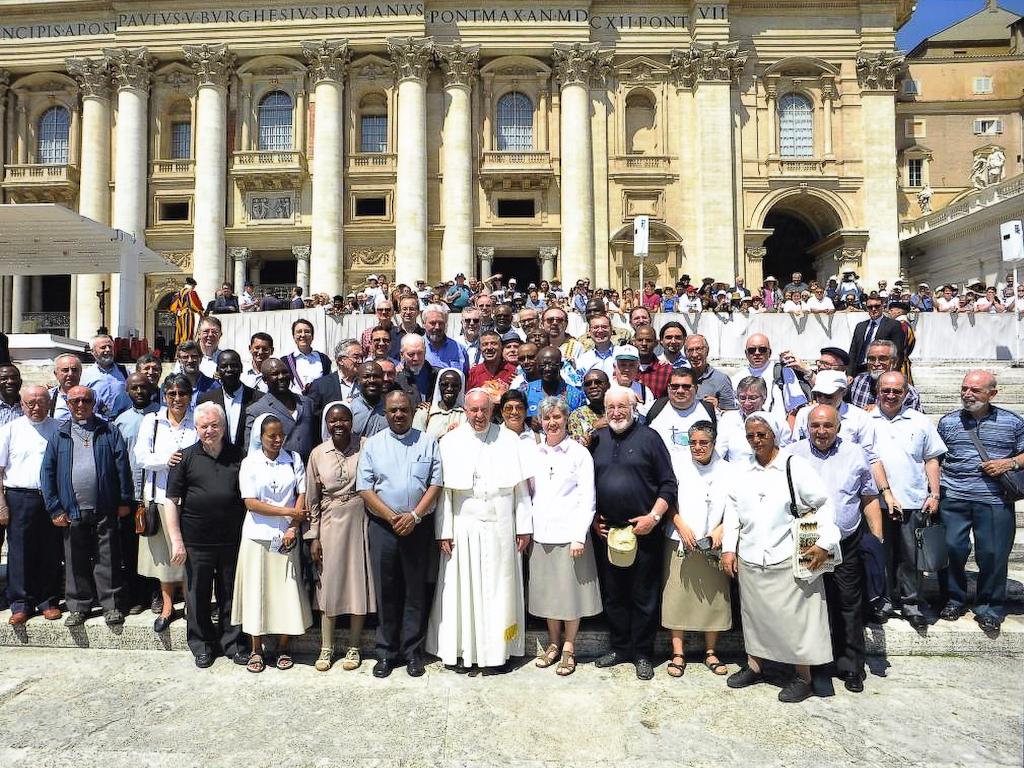 The birth of our Institute did not happen in a laboratory. Rather, it is the fruit of a long process of life and mission. It was a painful birth at a time of major change in the world. We were born [...]
Father Gaetano Manzi: A Gesture Worthy of a Tribute 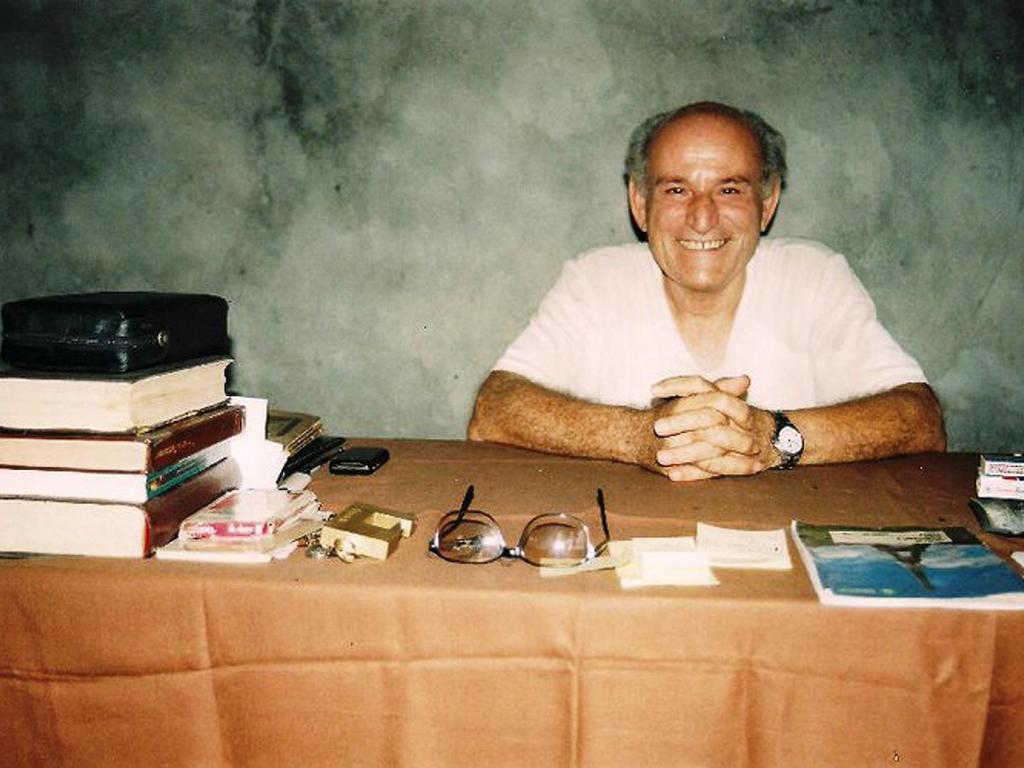 On April 30th, 1972, a racial rebellion against the Tutsi, as it was deemed by the government, broke out in Burundi and, in reality, ended up being a massacre against the Hutu population. In truth, [...]
A building completed and a dream continued 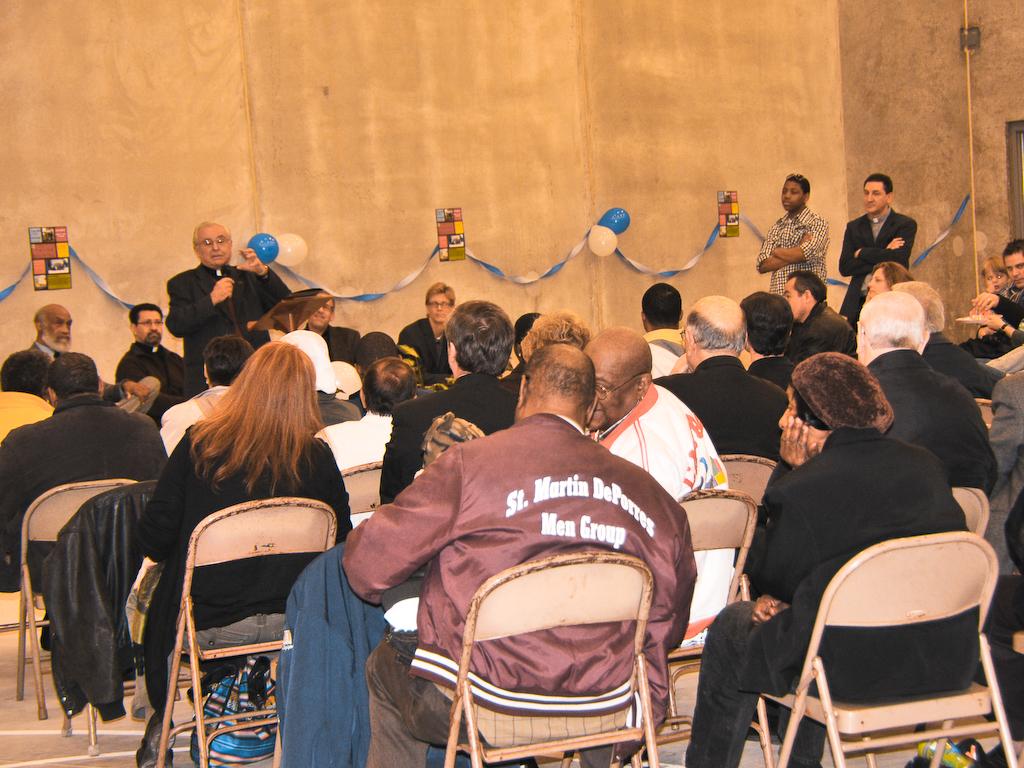 It was an event that included speakers from an Illinois State Representative to a youth with an inspiring journey. But this was no ordinary grand opening. This was the culmination of 5 years from the [...]
Epiphany 2016, under a star dipped in blood 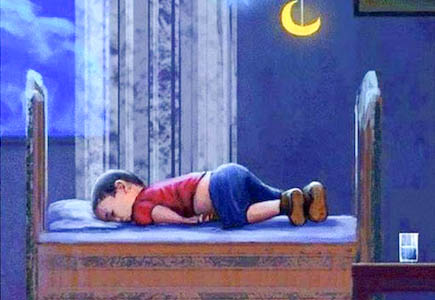 To my friends who are waiting for my news and ask me how I am doing, I say: I'm fine! Do not ask whether better or worse, I simply say that I'm fine. Led by the hand of my partner ALS (amyotrophic [...]
It’s just a question of love 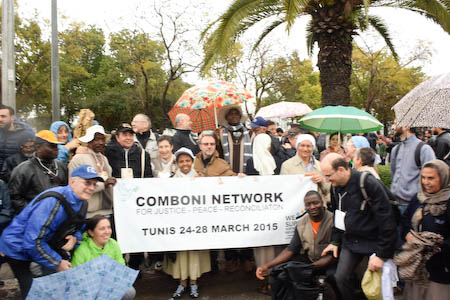 I’d like to share with you a testimony which has been with me these last few weeks. Father Fulvio  Cristoforetti was my vice rector in the 1st and 2nd year of secondary school in Carraia (Lucca). He [...]
To Evangelize, with and indigenous face and hear, like Jesus. 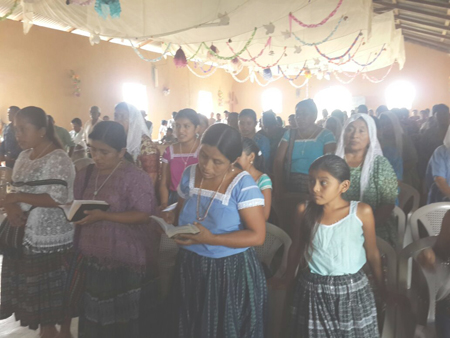 The big challenge of the first Comboni Missionaries among the Chinantecos was to learn the language and deepen the knowledge of their history and their culture. From the beginning the main concerns [...]