“The Dictatorship of the Economy”

“Just as the commandment ‘thou shalt not kill’ places a clear limit on ensuring the value of human life, today we must say ‘no to an economy of exclusion and inequality’. This economy kills”. “The essay – edited by Ugo Mattei and introduced by the words of Luigi Ciotti – gathers eight of the most current and important papal interventions of Pope Francis: globalization, work, the economy, capitalism, lives on the margins of society, ecology and care for planet Earth. It is a warning against the economy that dominates us in order to affirm the defense of humanity and its future. It unites the encyclical ‘Laudato Sì’ on Schumacher’s environmental and ecumenical spirituality; the apostolic exhortation ‘Evangelii gaudium’ on the globalization of indifference and “I hate the indifferent” by Gramsci; and Francis’ speech on capitalism and the society of waste and the banality of evil by Hannah Arendt (Translated from Italian by Alissa D’Vale)

What is “disturbing” today “is the exclusion and marginalization of the majority from an equal participation in the national and global distribution of both market and non-market goods, such as dignity, freedom, knowledge, inclusion, integration, and peace.”

“With a historical appeal still not sufficiently noticed by the public debate – the dispute for the dominus mundi; the planetary power capable of guiding the path of all humanity – sees the Empire and the Papacy as protagonists again,” Mattei writes in his introduction. The clash between the two great forces who fought for domination over the world are still the same. On the one hand, the ‘Empire’, currently triumphant with its capitalist, smart, and “techno-optimistic” companies in the hands of millionaire leaders. On the other hand, the “Papacy which is currently led by Pope Francis embodies the revolution of the system and the hope for an ecological conversion of humanity. A battle of good against evil, of the Guelphs against the Ghibellines 3.0.”

“What makes people suffer the most and leads to the rebellion of citizens is the contrast between the theoretical attribution of equal rights for all and the unequal and unfair distribution of fundamental goods for the majority people.” In a world where “wealth is abundant, many people are still victims of poverty and social exclusion.” (Rome - April 2017)

The right job is, “One that not only ensures a fair remuneration but corresponds to the vocation of the person and therefore is able to develop his/her skills.” Since “work is transformative of the person, the process in which goods and services are produced should acquire moral value.” Therefore, “the workplace is not simply the place where certain elements are transformed, following certain rules and procedures transformed into products, it is also the place where the character and virtue of the worker are formed or transformed.” It follows that “when work is no longer expressive of the person because he/she no longer understands the sense of what he/she is doing, work becomes slavery; the person can be replaced by a machine.” “Work is not a mere factor of production, which must adapt to the needs of the productive process in order to increase its efficiency, it is the productive process that must be organized in such a way that allows for human growth and the harmony of family life and the work schedule.”

The Pope invites us to “fix the errors of contemporary culture, which has led us to believe that a democratic society can progress by keeping the code of efficiency separate from it, this alone would be enough to regulate relations between human beings and the economic sphere. There is also the code of solidarity, which would regulate intersubjective relationships within the social sphere. This is the division that has impoverished our societies.”

Solidarity is an “ethical value that is insufficient if not accompanied by institutions capable of truly concretizing it.”

“Human intervention in nature has always been seen, but for a long time, it had the characteristic of accompanying it, of supporting the possibilities offered by its own things. It was about receiving what the natural reality would allow for, like extending a hand. But now, the interest is in extracting as much as possible with the imposition of the human hand, which tends to ignore or forget its own reality of what is to come.

Because of this, the human being and things stopped giving each other’s hands in a friendly manner, becoming competitors instead. The idea of infinite or unlimited growth – which has excited economists, finance and technology theorists – gets passed easily. This presupposes the lie about the infinite availability of the planet’s goods, which leads to “squeezing” it to the limit and beyond the limit. It is the false assumption that “there is an unlimited amount of energy and resources to be used, that its immediate regeneration is possible, and that the negative effects of the manipulations of nature can be easily absorbed.”

“It is necessary to recognize that the products of this technique are not neutral, because they create a plot that ends up conditioning lifestyles and orienting social possibilities towards the interests of certain power groups. Certain choices, which seem purely instrumental, in reality are choices that concern the type of social life that is intended to be developed.

It is not viable to think that it is possible to sustain another cultural paradigm, and to use the technique as a mere instrument because nowadays the technocratic paradigm has become so dominant that it is very difficult to do without its resources. It is even more difficult to use its resources without being dominated by its logic. It has become countercultural to choose a lifestyle with goals that can be, at least in part, independent of the technique, its costs and its globalizing and massifying power.

“In the concrete reality that challenges us, there are several consequences that show the error, such as environmental degradation, anxiety, and a loss of the meaning of life and social life. Thus, it is demonstrated, once again, that reality is superior to the idea.”

“Ecological culture cannot be reduced to a series of urgent and partial responses to the problems that arise around environmental degradation, of the depletion of natural reserves and of pollution. There should be a different way of looking at it, like a thought, a policy, an educational program, a lifestyle and a spirituality that gives shape to a resistance to the advancement of the technocratic paradigm. Otherwise, even the best ecological initiatives can end up in the same globalized logic.”

Could the pandemic create a less exclusive economy?

It is impossible to predict the changes that will come from this tragedy, because “there are too many variables and uncontrollable interactions,” says Brazilian economist Ladislau Dowbor, [...]
Illicit Financial Flows. What are we talking about? 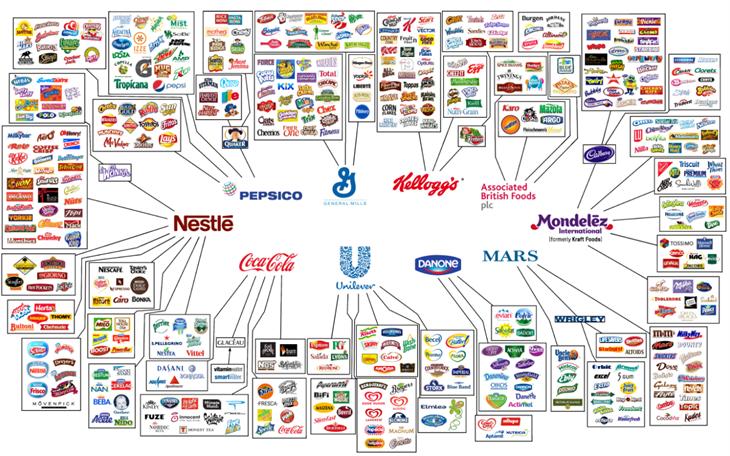 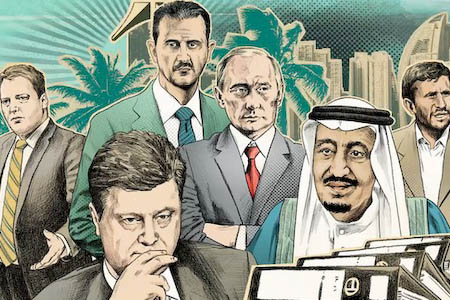 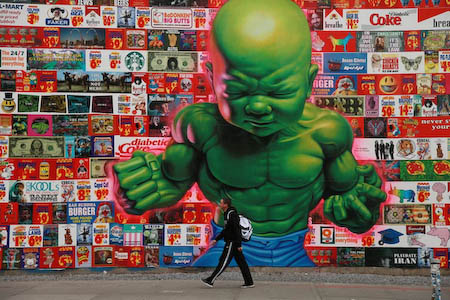 We speak of the first two hundred multinationals that New Model Development browses in its Top 200 edition of 2015 recently published (see here). According to the United Nations, all multinational [...]