As the World Bank and the International Monetary Fund (IMF) hold their meetings in Washington, DC, billions of dollars due to African nations are illicitly leaving the continent. And then we complain for the unending flow of immigrants! 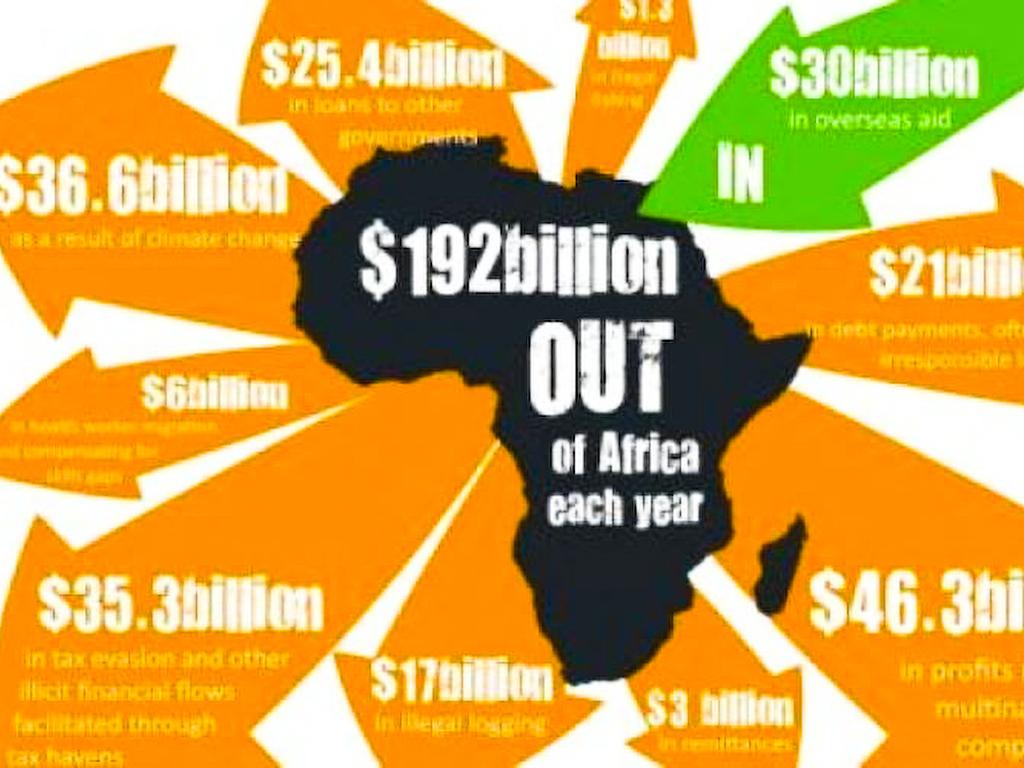 Africans Rising for Justice, Peace and Dignity, an emerging pan-African citizens’ movement, condemns the World Bank’s and IMF’s lack of action on and complicity in illicit financial flows from Africa and calls on them, as well as African governments and regional bodies, to act to #StopTheBleeding of African wealth now.

According to the Economic Commission for Africa, illicit financial flows from the continent could be as much as $50 billion a year. That amounts to approximately double the official development assistance that Africa receives. The well documented Africa Progress Panel and Mbeki High Level Panels concluded that “Africa loses more in illicit outflows than it gains in aid and foreign direct investment”.

Multinational corporations are the main drivers of illicit financial outflows, through practices such as trade mispricing, under-invoicing of exports, exaggeration of import values and general tax avoidance schemes.

Illicit financial flows are robbing the continent of much needed resources for economic development, education, healthcare, climate mitigation, infrastructure development and other essential services. These vital resources could help create the quality jobs young people throughout the continent crave. Instead, we see the steady flow of money to illegal tax havens and shadowy offshore bank accounts as well as through corruption and tax avoidance.

We also see the World Bank and IMF, and many of our governments, promoting a neoliberal agenda and a global trade system that promotes this plunder. We, the citizens and descendants of Africa, as part of this emerging movement, are outraged by illicit financial outflows and the centuries of oppression. We condemn the plunder of our natural resources and the suppression of our fundamental human rights.

Said Kumi Naidoo, Africans Rising Launch Director: “The neoliberal agenda has created a continuous cycle of debt and depletion. Illicit financial flows continue a pattern of exploitation, feeding the greed of elites at the expense of the people.”

“We condemn the World Bank and the IMF for their silence and complicity on this issue. The Africa we want uses the continent’s vast resources in the interest of her people and future generations,”  said Naidoo.

Africans Rising Coordinator, Mohamed Lamin Saidykhan, stressed: “Illicit financial flows drain the vital resources needed to build the stronger Africa we know is possible. Young Africans are risking their lives with human traffickers in the desert or on rickety boats in search of a better life. Illicit Financial flows are taking away opportunities young Africans deserve. We call on the international financial institutions and our governments to support transparency measures and stop illicit outflows.”

Said Tendai Murisa, Executive Director of Trust Africa: “We need sufficient public energy and an outcry for an immediate end to these practices. Our governments and regional processes should play their part in fast tracking mechanisms and laws for compliance with the new thinking.”

As Africans Rising for Justice, Peace, and Dignity, we are determined to foster an Africa-wide solidarity and unity of purpose of the Peoples of Africa to build the Future we want – a right to peace, social inclusion and shared prosperity.

Join the Movement: Africans Rising officially launched on Africa Liberation Day, 25May 2017 with events throughout the continent and in the diaspora.  Join the movement by signing the founding charter, The Kilimanjaro Declaration. For more information, contact:

Faith in New Jersey is a growing multi-faith and multi-racial network of faith leaders and faith communities working together to advance a social and economic justice [...]
We are all foreign residents

The potential immigrant is the new barbarian and he is systematically deprived of his dignity as a person. The “scapegoat” of security is stirred up by exasperating the instinctive and [...]