Greed has no boundaries

Human trafficking is defined as the recruitment, transportation, or transfer of humans using any form of threat for the purpose of exploitation. Exploitation could mean prostitution, forced labor or practices similar to slavery and servitude. In 2018, the government of Mexico was not meeting the minimum standards for eliminating human trafficking. Mexico is making strides in the number of prosecutions made and the amount of support given to victims. However, in 2018 the convictions were fewer than in previous years, fewer the victims identified, more limited the services provided to victims and the amount of shelters lower than the magnitude of the human trafficking industry. 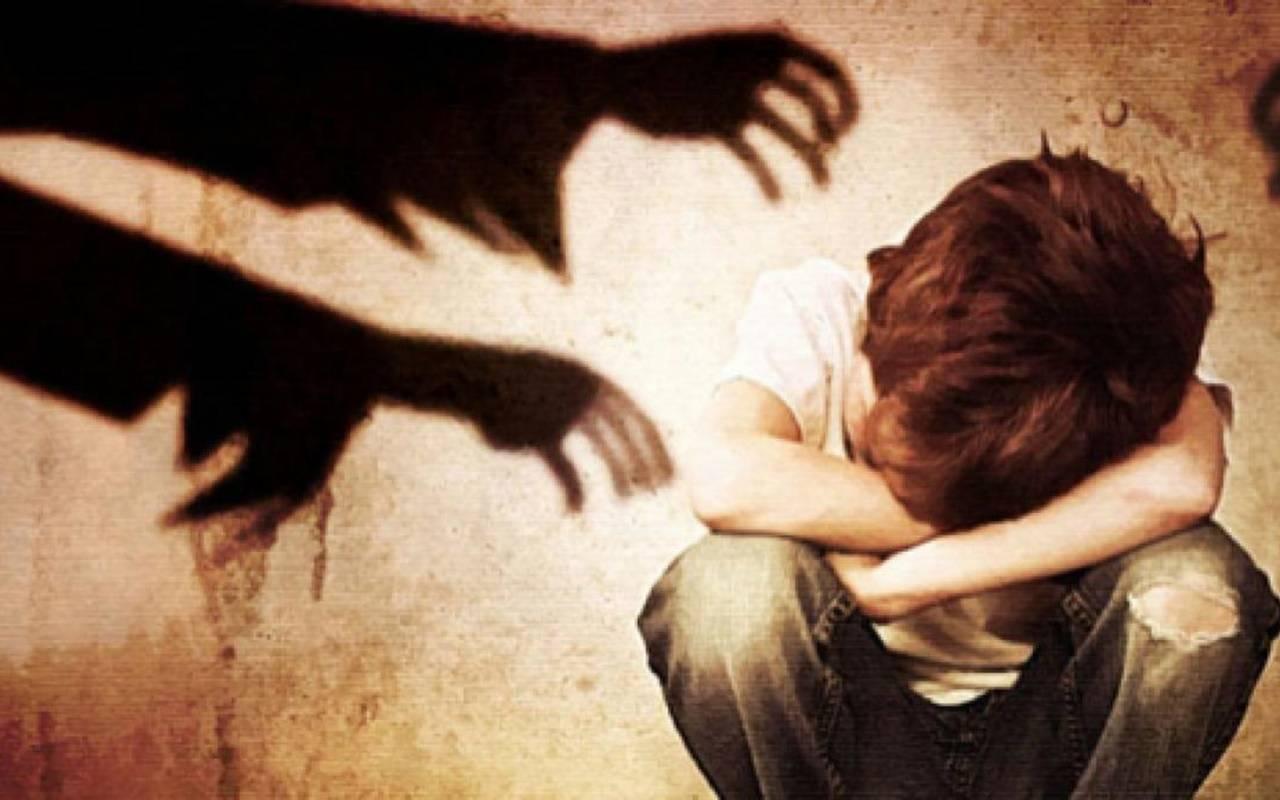 cartels had branched out into sex trafficking,” especially those that face crisis in their business.

“When one possibility ends, they start to link up with other kinds of criminal activities,” according to

“The judges and public prosecutors have to realize how bad this issue is, trafficking at the end of the day is about human life,” he said.

Mexico is an origin, transit and destination country for human trafficking, a global business estimated to be worth $150 billion a year. Often the most active in this global business are family-based U.S.-Mexico networks rather than the big cartels publicly known.

A well-organized criminal activities web links bank transfers, trips and shell companies supporting the rackets. Insofar as human trafficking has become the third-largest illicit activity in Mexico, after drugs and guns. More than half the state-level cases opened in 2019 were in just three of the nation’s 32 states: Chihuahua, Mexico City and the state of Mexico.

There have been isolated reports of drug cartels forcing men and women to cultivate or pack drugs and work as lookouts or hit men. Anti-trafficking justice efforts in Mexico have focused on sexual exploitation and been patchy.

A high case concerns the members of the Light of the World Church whose head, Naason Joaquin Garcia, faced U.S. charges of rape and trafficking that were thrown out recently.

U.S., Canadian and Mexican financial intelligence started to address this fast-growing crime, but the pandemic had disrupted the process. High volumes of cash and difficulty in securing arrest warrants make trafficking cases tricky.

1-. Mexico has the largest number of victims of modern slavery more than any other country in the Americas. Mexico, along with the Philippines and the United States, was ranked one of the world’s worst places in terms of human trafficking in 2018. Mexico is also the largest source country for trafficking across international borders. According to the Global Slavery Index, there are approximately 341,000 victims of modern slavery in Mexico.

2-. Those most at risk are women, children, indigenous people, and people with mental or physical disabilities, migrants and LGBTQ individuals. The United States estimated about 70 percent of human trafficking victims in the U.S. come from Mexico, 50 percent of them being minors. Women and children are used for prostitution and sex trafficking, men into forced labor, often by drug cartels. Individuals traveling or migrating alone are at a higher risk for trafficking.

3-. One major reason for the presence of human trafficking in Mexico is the social and economic disparity. Many victims, living in poverty, are trapped in trafficking after being lured from poorer regions with a promise of employment and income. In 2016, 43.6 percent of Mexican were living below the poverty line. UNICEF reports that traffickers specifically seek out individuals who are financially vulnerable, as they are more likely to accept illegitimate job. Solo migrants traveling without family are often the most vulnerable victims due to their isolation.

4-. Out of 150,000 children living on the streets in Mexico, it is estimated that 50 percent are victims of trafficking for sexual purposes. Many traffickers use Mexico as a route to smuggle children into the U.S. and Canada. Often, these children become victims in Mexico, and the numbers of exploited children in Mexico continue to rise.

5-. In June of 2019, the Mexican government announced an end to funding for human trafficking non-government organizations. President Andrés López Obrador justified the cut with reasons of corruption, believing that this funding ends up in the wrong hands. The new plan was to open government-funded and run shelters for victims of human trafficking.  Many people question the ability of the government to run shelters and provide victims with the care and support needed.

6-. Victims of human trafficking are at very high risk for repeated trafficking due to Mexico’s policies of prioritizing arrests of illegal immigrants and individuals engaging in prostitution.  Victims, having often very little chance of social services or legal aid, are at a high risk for repeated trafficking. Opportunities for help and support were from NGO’s that are now running out proper funding, since the Mexican government assigns a low priority to services for victims.

7-. Mexican trafficking victims are even more vulnerable to sex trafficking due to issues of forced migration. A high number of victims come from unstable countries in Latin America. In 2017, 14,596 people applied for asylum in Mexico. Due to government instability, violence of drug cartels, and conflict within the country, migrants are at high risk for becoming a victim of human trafficking in Mexico.

8-. In March of 2019, the Mexican government released statements announcing their goal to probe into the current “failing” anti-human trafficking policies in place. The technical secretary of the Inter-Ministerial Commission Against Human Trafficking, Felix Santana, publicly recognized their shortcomings. With more government dedication to supporting victims and survivors, solutions would becoming more promising for ending human trafficking.

9-. Another step in the good direction is the raising of awareness and visibility of the issue, specifically for Mexican youths. The Pan American Development Foundation facilitated a partnership between MTV Americas and the U.S. Department of State’s Office to Monitor and Combat Trafficking in Persons to create a mass media campaign, including a documentary focusing on real examples of trafficked youth.

10-. There are many organizations in Mexico dedicated to ending human trafficking and assisting and supporting victims. El Pozo de Vida provides a safe house for victims and offers food, water, shelter, education, clothing and counseling. More organizations for the rehabilitation of victims are crucial in alleviating the extreme damage done by human trafficking in Mexico.

The number of victims of human trafficking in Mexico would decrease with strengthened law enforcement, acknowledgment of the problem and additional training for victim identification.

The comments from our readers (6) 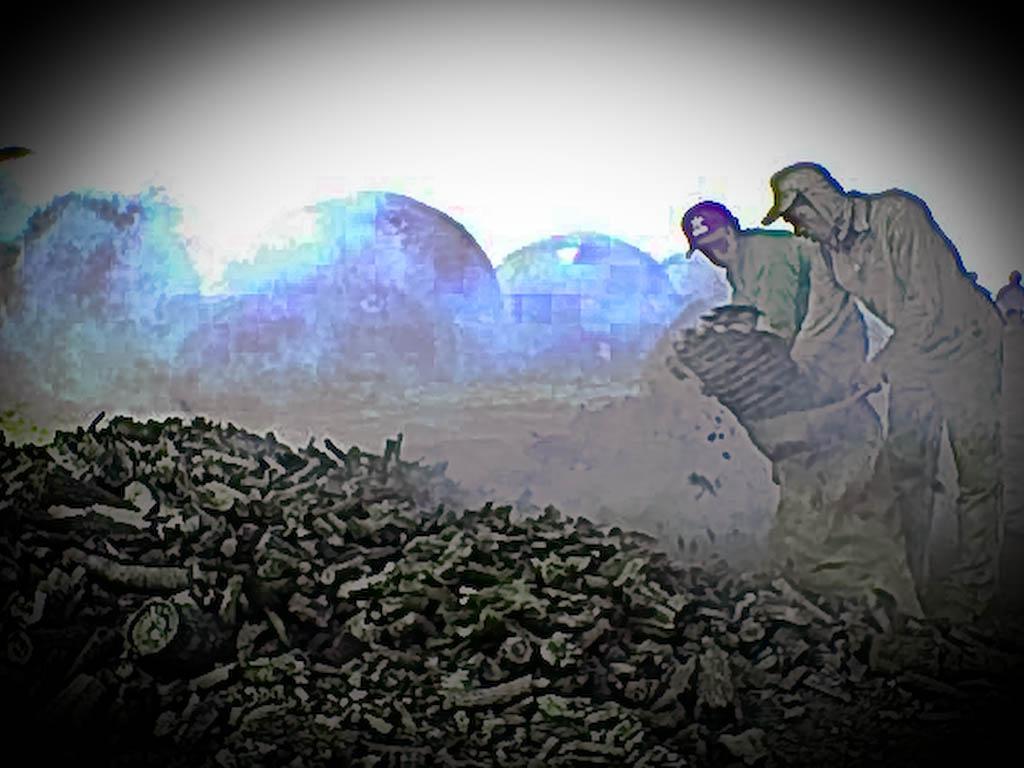 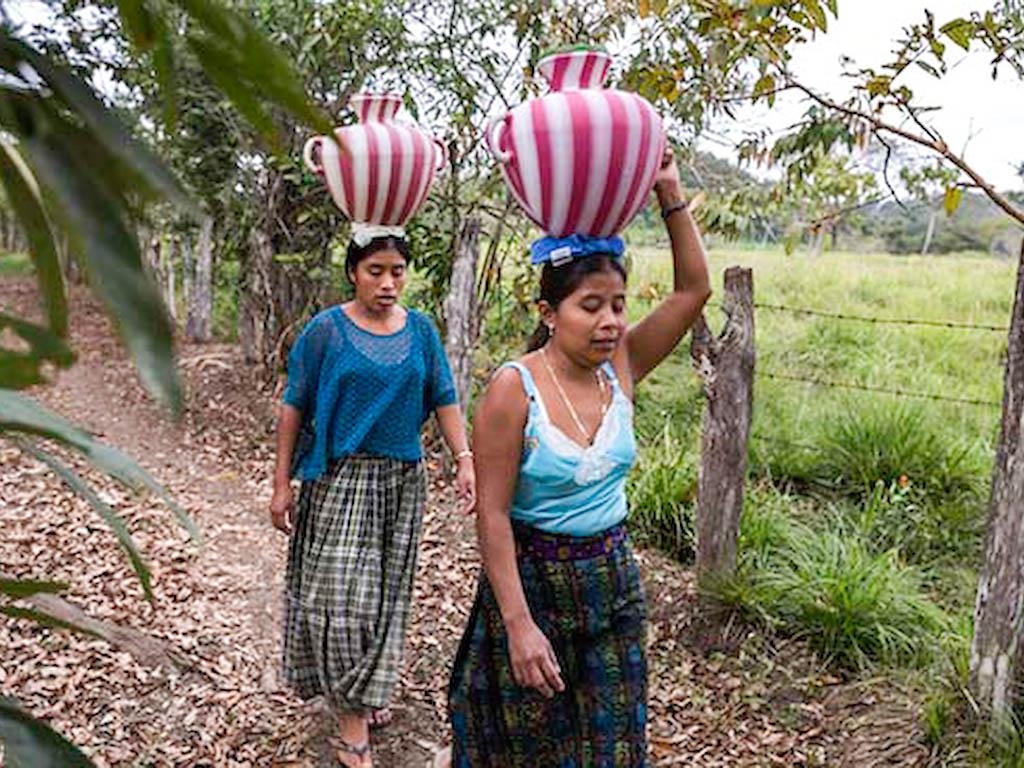 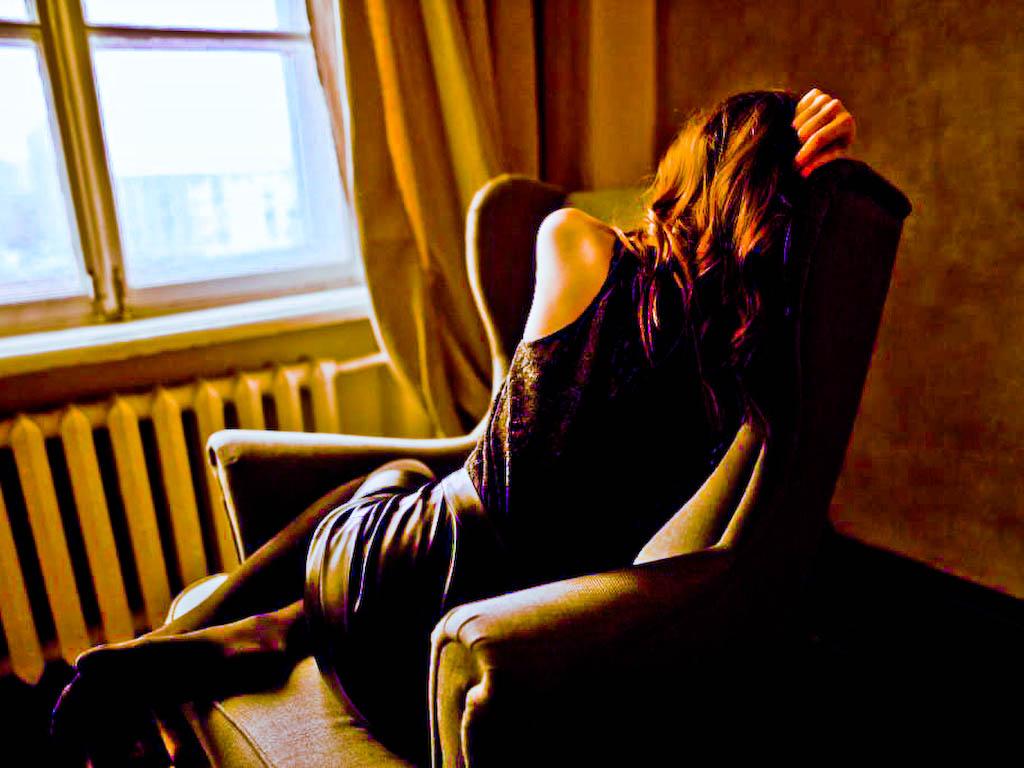 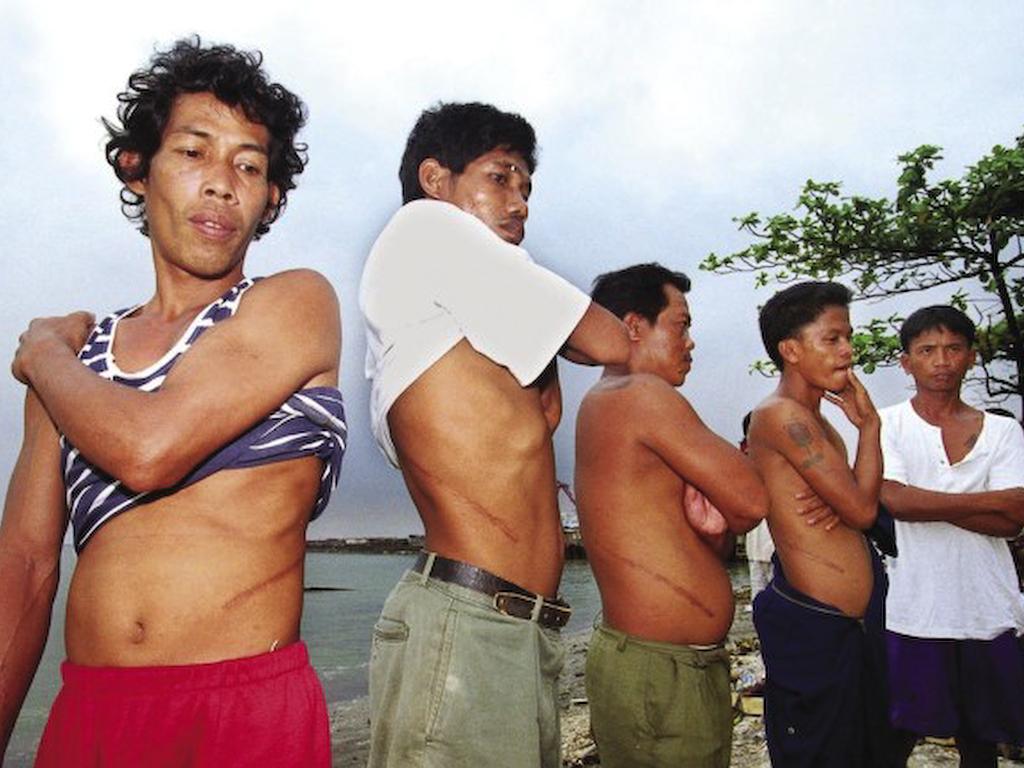 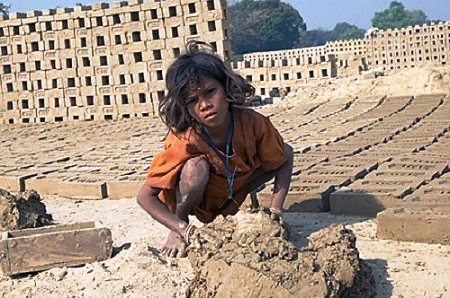 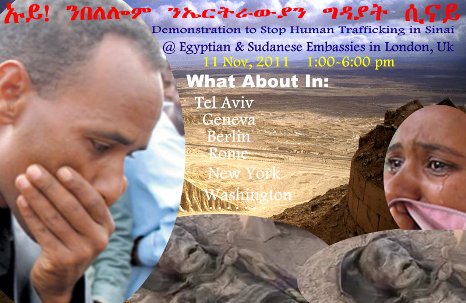 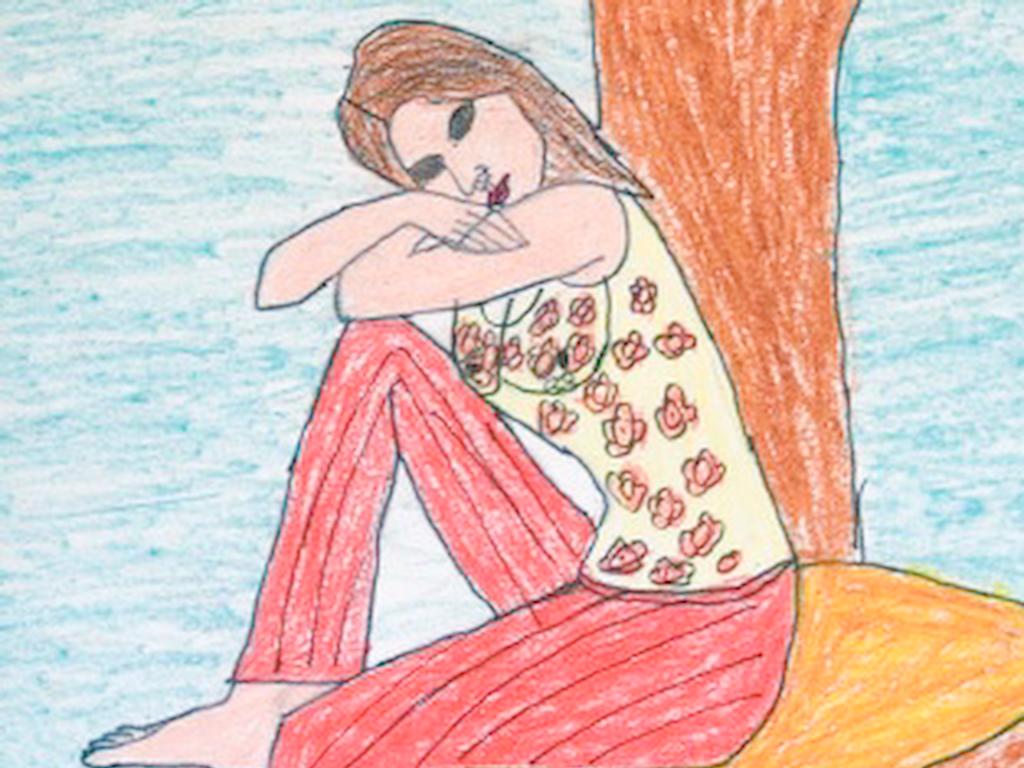