"As we witness the asphyxiation of our country, many of us cry in anguish: why? How we answer the question is crucial because we will then know what to pray for and how we must act. Our society will make no progress in addressing the evil of racism without the will to leave behind the purveyors of polarization".

The United States (US) is asphyxiating, why? Borrowing a metaphor from Pope Francis we could say,

The history of the US is stained with what many call an original sin, the slavery of the black Africans. Throughout 400 years it had become part of the North-Americans' DNA. This anti black racism sprouted from violence and deceit the Europeans managed to settle on the land of the indigenous people. The famous Far West fights and movies shows how the DNA racism was violent since its beginning. Which other people but the US amends the "sacred constitutional principle that all persons are born equal in rights and dignity" with the constitutional right to carry weapons for personal defense? In the US, weapons are more than the inhabitants, and any citizen the police stops on any road or street is a potential weapon holder.

Violence and racism engendered a stronger individualism. Privacy came around as sacred or even more than the person itself. Pope Francis can repeat until ad nauseam that people have priority over property! However, when individualism becomes a cultural way of living, any armed individual will give violent priority to his property over any person.

The problem here is that any virus is infectious and this triple virus pandemic has infected all the social life and the original sin inscribed in people's DNA guides any aspect of life. Focusing only on police brutality, real and to be condemned, can prevent to find an appropriate answer to the problem.

So, the US is asphyxiating, OK but why? The answer is crucial because we will then know what to pray for and how we must act, was the first comment that Cardinal Tobin, archbishop of Newark, made on George Floyd' killing.

In a zoom discussion on police brutality, I posed a question: if the root of racism is the exaltation of white supremacy how do you read the racism between Tutsi and Hutu in Rwanda and Burundi, the Pol Pot Cambodian tragedy, the atrocities perpetrated by black and white US soldiers in Vietnam? Silence followed the question.

It is, beyond any doubt, wrong, both hiding a specific problem under a more complex reality and eclipsing the forest focusing on one tree.

Is racism enough to explain the fire burning in US streets? No, says Bret Stephens, in his column of The New York Times (5th of June 2020). "Police racism and street riots are all precedented." Before of Minneapolis' protests, there were those of Detroit (1967), Los Angeles (1992) and Ferguson, Missouri (2014). All motivated by racial issues that remain unresolved. Of course, the Covid 19 pandemic is causing stress and exacerbates violence. More than 100,000 deaths is a national catastrophe but is not the first in the US history. Just the month of October 1918, 195,000 people died from the Spanish flu in the US (Wikipedia lists US disasters) and US, with its 362 death out of 1 million habitants is still in 7th position behind Belgium, UK, Spain, Italy, Sweden, France and just in front of Holland (353,8).

Here comes in the other virus: power. Significantly during the first George's obsequies, camera focused a short moment on a hand-made claim, "Rest in power", instead of "Rest in peace", turning rapidly aside like it had been a big mistake.

Racism, violence, individualism, thirst for power are present everywhere in the world, which is why the street manifestations after Floyd's death spread also everywhere, prompted by those who are really, or feel wrongly, oppressed by those in power. The notion of oppressed minority is also fading. The power in Rwanda, Syria, Saudi Arabia is in the hands of a minority. So, what?

Somewhat cryptic words of Cardinal Tobin can help when he says, "Our society will make no progress in addressing the evil of racism without the will to leave behind the purveyors of polarization"? In the US, polarization in stronger than ever.

A black girl, a former candidate in a beauty contest faced white demonstrators in front of the White House shouting to them: "Hypocrites, hypocrites. I'm black, I'm graduated, professional and I'm free. Black lives matter of course, but why do you not come to Chicago to protect black lives from black abusers?". A white woman in an intolerant voice shouted back: "If you are black and free, your place is not here, go home". Polarization too has become infectious.

Having only two strong parties - Democrats and Republicans - was praised as a gift for democracy, while providing an easier turnover in power. In this time of confrontation polarization empowers instead.

The New York Time' columnist analyzes correctly, "Trump is no more responsible for the policing in Minneapolis than Barack Obama was responsible for policing in Ferguson. I doubt the pandemic would have been handled much better by a Hillary Clinton administration, especially considering the catastrophic errors of judgment by people like Bill de Blasio and Andrew Cuomo."

However, no doubt, Trump had polarized the Nation prompting not only white supremacy, but also - what his opponents pretend to ignore - religious rights, public health and social protection, and opposing abortion, homosexuality, gender policies, migration, housing rent, and many other subjects gathering behind him, for example, the powerful black Evangelical Church.

"Donald Trump is our national catastrophe. With malice toward all; with charity for none," Bret Stephens titles his column, showing not only how polarization is strong but also why many white people, even of the Republican party dislike him. Taking off the mask during this Covid pandemic, he is bringing under the spotlight the dark side of  the American dream.

The hatred, contempt, and disdain the democratic party harbored since the first day Trump won the election, is displacing the issue from human rights that all persons "are born equal in rights and dignity", to the political biased arena how the goal is to win the November election.

Only recently some black leaders are trying to correct the aim, echoing the Martin Luther King dream, America will be great again when Black, White, Latinos, Asiatic people will march hand in hand together towards the future.

Maybe also when, in a continent of 23 sovereign nations and nine dependent territories the US citizen will stop calling themselves "The Americans"; when the "American dream" will be purged from eagerness of being the best, the most powerful, the richest, the more "democratic colonizer", the most self-referential people.

What to pray for and how to act to get out of this quagmire of racism-original sin, here in the US and everywhere in the world avoiding vengeance even on quiet and non-active statutes? This was the obvious question posed to participants at the end of a Dialogue on Racism organized by Georgetown University. A black young woman, Gloria Purvis, member of the National Black Catholic Congress’ Leadership Commission on Social Justice answered firmly with a soft smile, "Is it a sin?  So, start to repent." Are racism, violence, individualism, & politics viruses? Start looking for the right vaccine.

Do not take down, do not destroy statues. Are they not there to remind us, "Forgive, but remember. It cannot change the past, but it gives the future a chance." 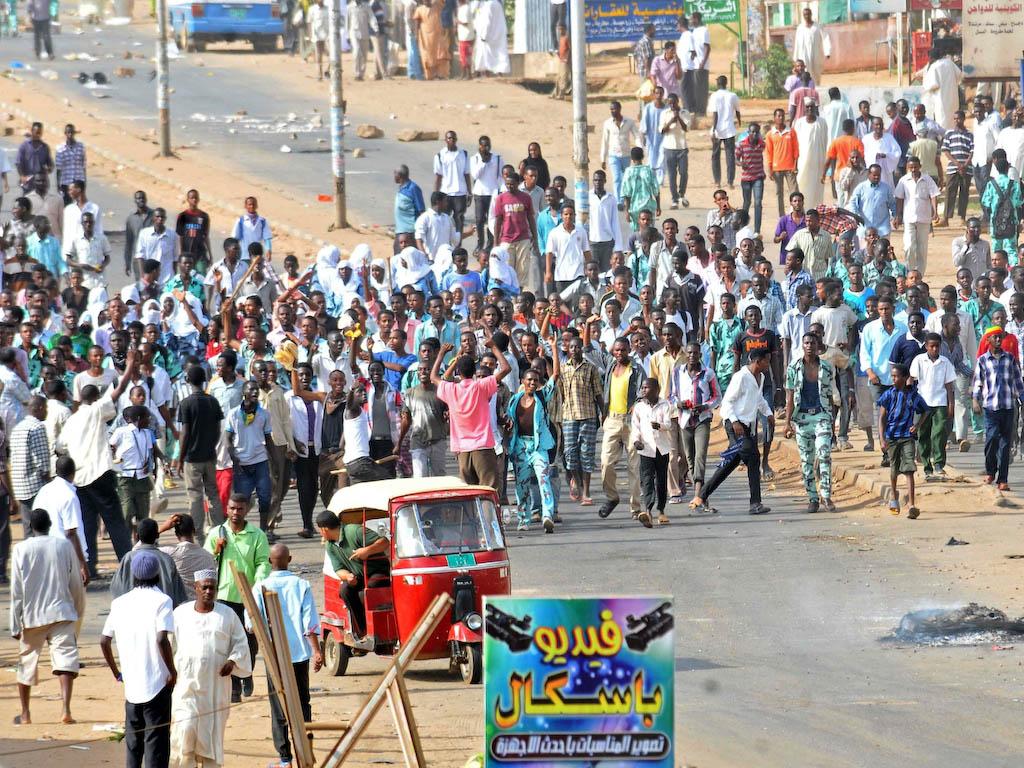 A terrible economy, where well over 50% of the population lives below the poverty line and unemployment lies above 20%, combined with decades of corruption has galvanized large amounts of Sudanese to [...]
War in the Eastern part of the Democratic Republic of Congo: Its objectives and strategies 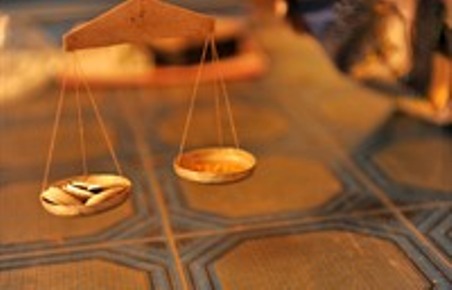 In recent months, new conflicts have caused deaths in eastern Democratic Republic of Congo (DRC), raising old questions about the reasons for this war in Kivu and about why the "peacekeepers" (20,000 [...]
Children and Adolescents in armed conflicts. a reality still in 35 countries. 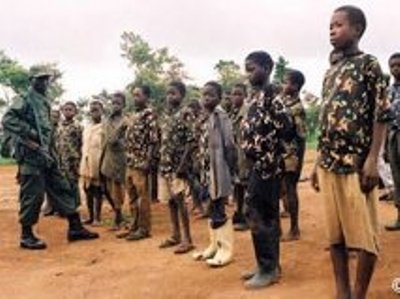 Despite there being an international protocol that is supposed to prevent youngsters being enlisted into armed groups, in over 35 countries, amongst others Colombia (Latin America) and the Congo [...] 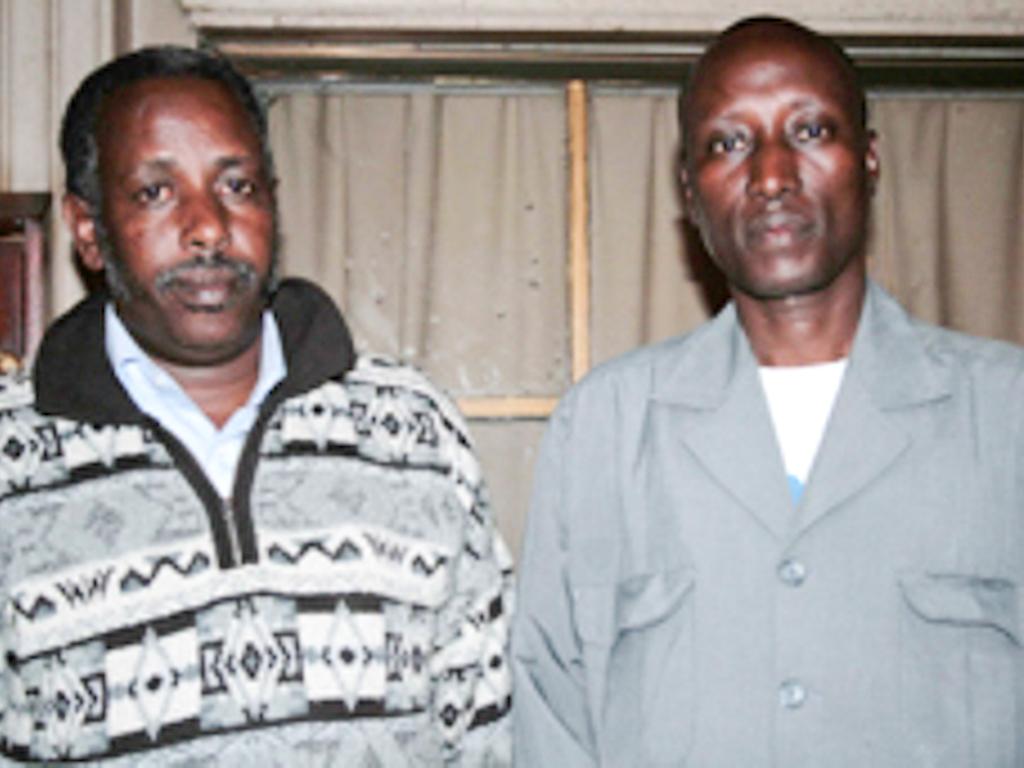 When lying is used as a weapon of war 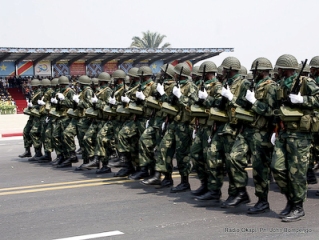 The international community has requested the arrest of General Bosco Ntaganda accused of crimes against humanity-and-child soldiers. In response, his supporters founded the Movement March 23 [...]
In Sudan, Give War a Chance 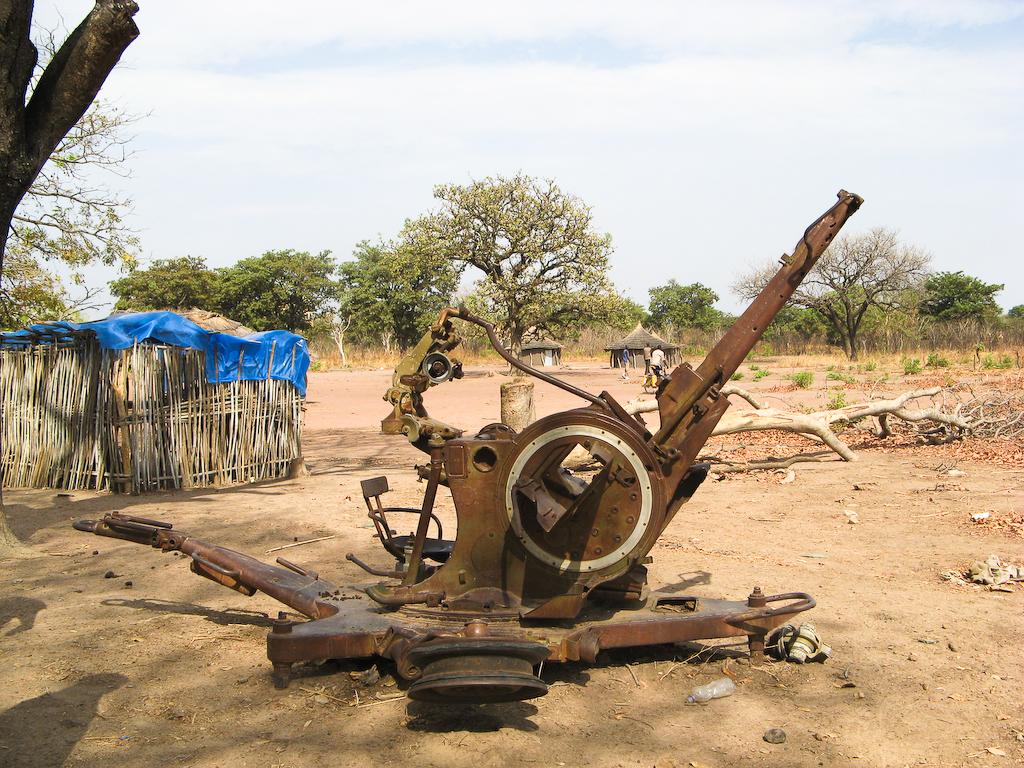 The international community has called for a cease-fire and peace talks, but the return of violence is not necessarily a bad thing. Soldiers killing one another in war would be far less devastating [...]
Sudan. No end to the conflict in Darfur 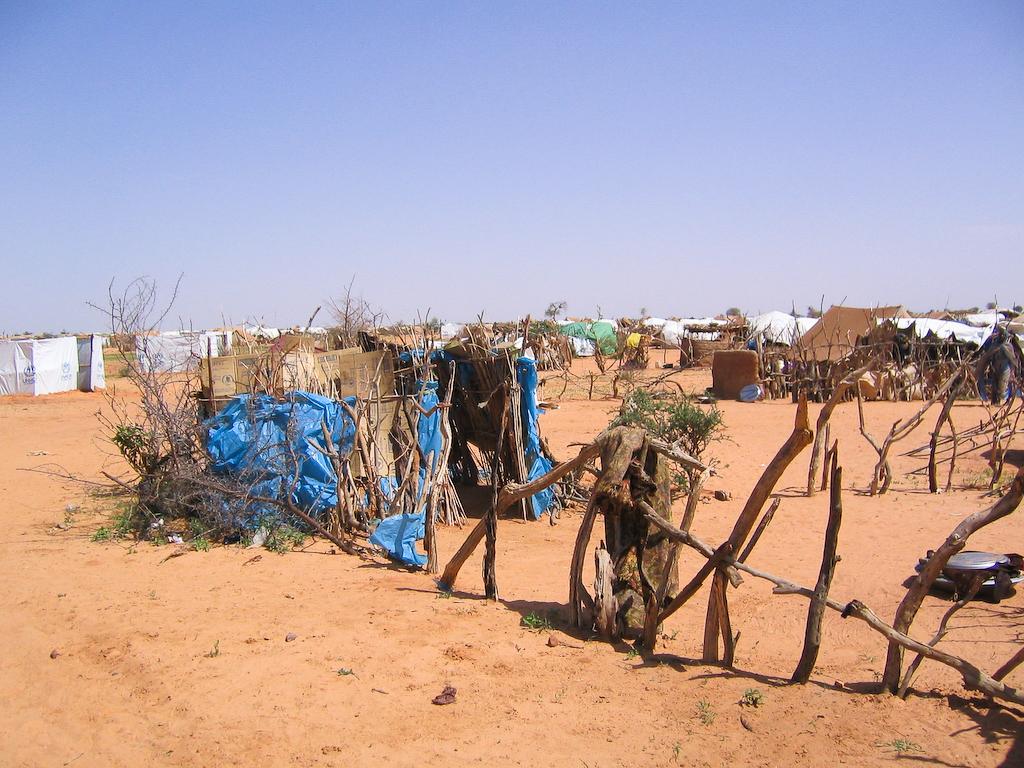 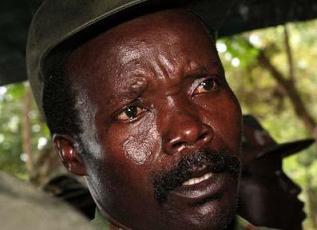 After 20 years of devastation, death and abductions, U.S. troops will assist the same four African nations that have been countering the Lord’s Resistance Army (LRA) for years. Can they really su [...]
Monster behind genocide and rape squads 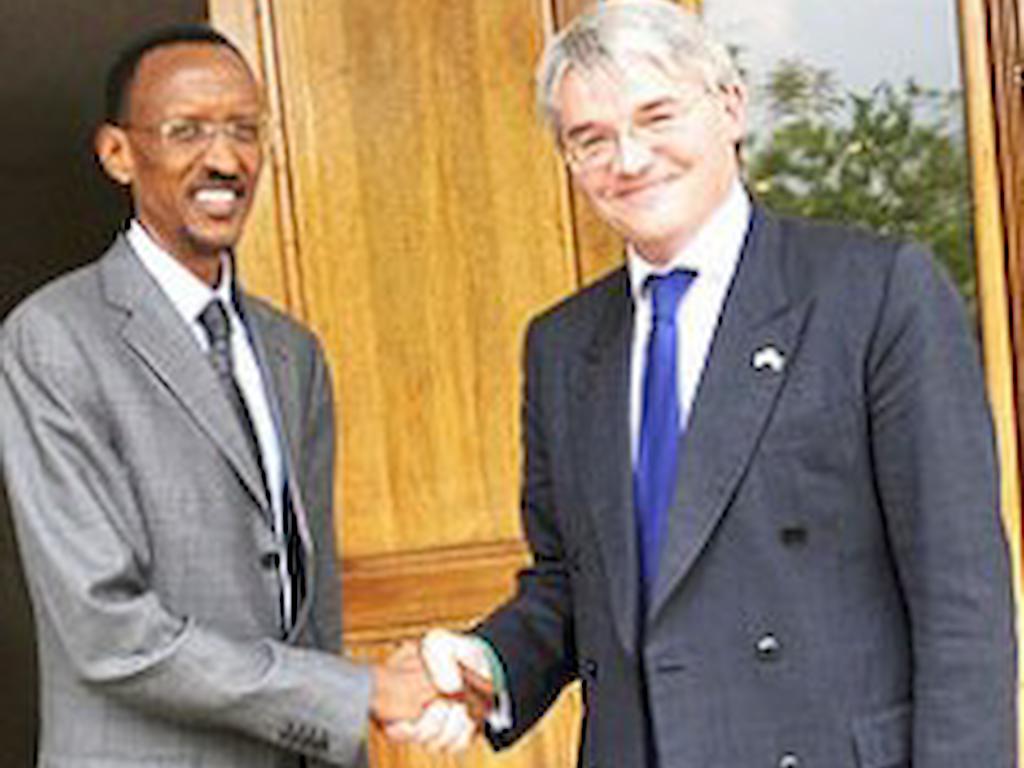 Women and children – desperately sick and weak after months on the run – were finally caught by Rwandan army commander Papy Kamanzi. He told them he would give them food and then send [...]
There is Good New in South Sudan 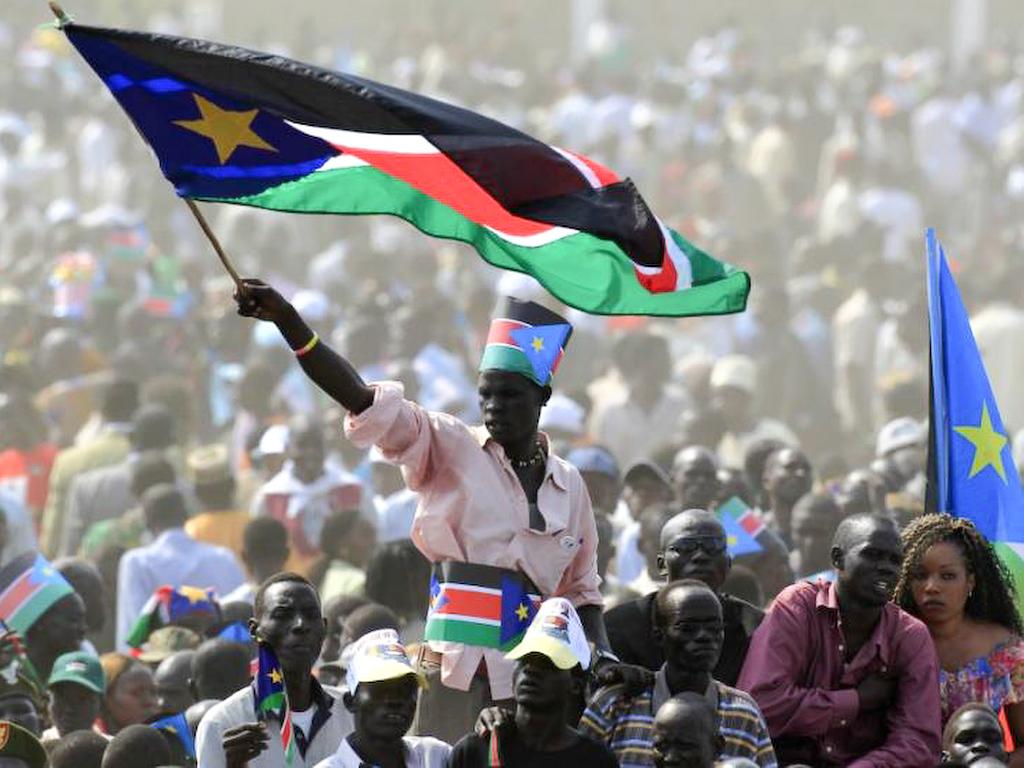 Go back a few centuries or even, in some cases, a few decades. Italy was not a united country but independent and warring states; America had a civil war in which negro enslavement was a significant [...]