Proverbs, expressions of experiences that have left signs on the life and soul of humanity mark a field of action, indicate a path. However, they point also to a danger, and underline a contradiction. Maybe African wisdom is telling us that human wisdom and will do not suffice to bring peace on earth. 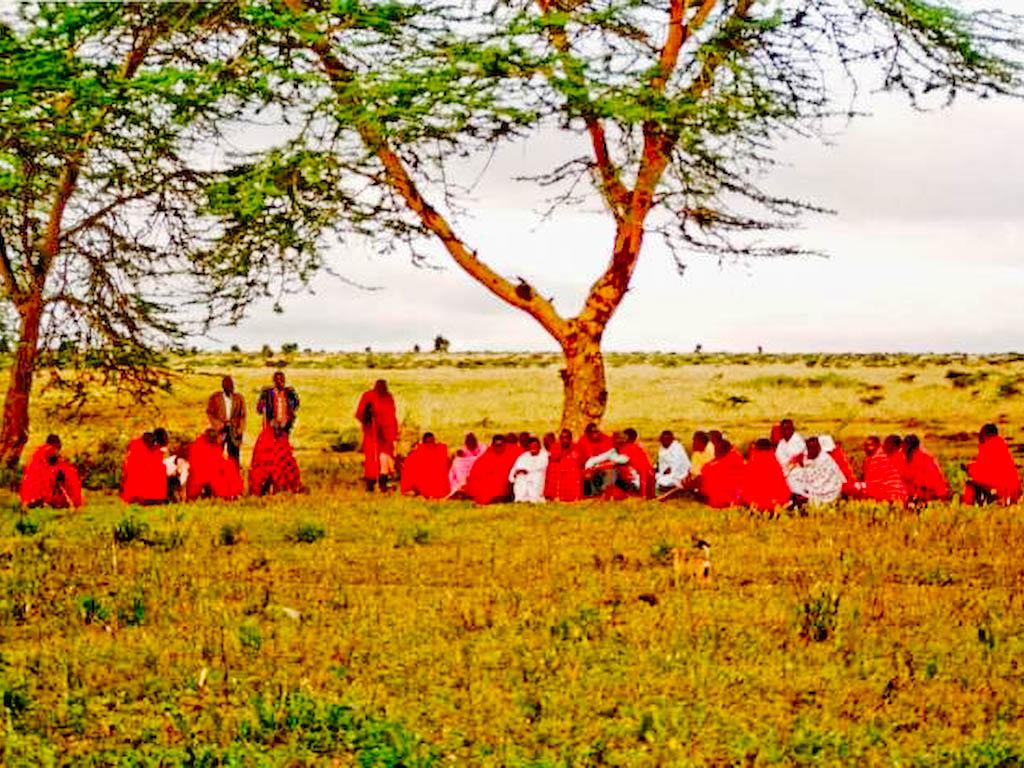 So, when the wisdom of a people affirms: It is impossible to make peace with a sword (Kongo – DR Congo) and sustain: War is not the resolution to any problem (Mongo – DR Congo), another proverb of the same ethnic group assures: Without war, there is no peace (Mongo – DR Congo). Violence is under the eyes of everyone: War is spontaneous (Chitonga – Zambia); Men who hate stay alive; peacemakers die (Nyanga – DR Congo); Peace is a certificate they give you when you enter a cemetery (Wolof – Senegal).

Peace goes into crisis for the most diverse reasons. For example, when we lie, we renounce peace (Malgascio – Madagascar). Conflicts may arise from incomprehension: No one hates another; they do not understand them correctly (Ruanda).

Those who want war enter into a logic of destruction. The spectator to a boxing match cries out, “Hit him! Finish him!” (Kiga – Uganda). When hate reigns in a family, the world is full of dead bodies (Mongo – DR Congo). The decision to go to war brings about, among other things, a particular form of injustice: The elderly take the decision of going to war, but it is the young who have to go (Baoulè – Ivory Coast).

A rule to live in peace? Do not disturb those that are stronger than we are. The turtle does not bite the leopard’s paws (Pygmy – Gabon). Do not joke with he who is stronger than you (Rundi - Burundi). Do not provoke the anger of a strong man (Luo – Kenya). It is best to retreat in an orderly manner: Give way to he who is stronger than you (Swahili – Tanzania). A leopard never meets a gazelle (Zande – Sudan), because there can be no true dialogue when the enemy is stronger. At bottom though, he who seeks conflict is one who takes himself too seriously. A toad met a mouse in a swamp: “Be reasonable and let’s live together: you are unlucky, and I am too” (Rundi – Burundi).

To avoid conflicts? A golden rule: gently! With force, one obtains nothing! (Luganda – Uganda). He who is aware of his own limits and of the damages that a violent confrontation can cause chooses other paths: The frog threatens, but does not go to war (Buhumba – DR Congo). If one wants to live in peace, one must keep at bay what can compromise it: He who does not like flies, throws what attracts them far away (Rundi – Burundi); If there are ten that prevent you from fighting, there will also be ten to put your intestines back into your bowels (Zande – Sudan).

The stubborn who wants violence, will endure its consequences. Blessed be the builders of peace! He who avoids a conflict is worthy of a prize (Mongo – DR Congo). Get rid of your tents, bring your hearts closer (Tuareg – Mali). Patience is better than conflict: The tree of patience has bitter roots, but its fruit is sweet (Popo – Benin); Patience is the talisman of life (Nago – Nigeria).

To be patient, to forget, not to nourish hatred and rancor, is difficult. When one is convinced of having been offended or treated unjustly, one enters into a particular state of mind and seeks revenge. The turtle said to the elephant: “You can kill me, but someone will take my revenge” (Zande – Sudan); The mosquito is like any other living creature, but when it bites us we don’t care (Gbande – Liberia); If you have much anger, you say many words (Oromo – Ethiopia). The will to take revenge for a wrongdoing endured grows with time: It is over for the eyes, but not for the heart (Yaka – DR Congo); An old rancor and a knotty stick will break your ribs (Somalo – Somalia).

Yet there are ways that break the chain of vengeance. For example, accepting the idea that everyone makes mistakes: A cow falls down even if it has four legs (Kalenjin – Kenya); Eye for eye increases the desire for vengeance (Yoruba – Nigeria). It is not enough to show oneself to be sorrowful for the pain inflicted. To say “Sorry,” does not heal the wound (Chewa – Malawi). Sorrow is genuine if it brings a different attitude. It is much better if one is able to go along the path of pardon. If your neighbor insults you, do not insult him in turn (Yaka – DR Congo); He who pardons avoids trials (Yoruba – Nigeria); If there were no offences, there would be no pardon (Ibgo – Nigeria); To pardon is to teach (Amhara – Ethiopia).

Margaret Henderson 29.04.2021 I enjoyed the ‘Peace in Africa’ proverbs. Very varied, but many were very problematic and clever.
Celebrations that disguise the truth 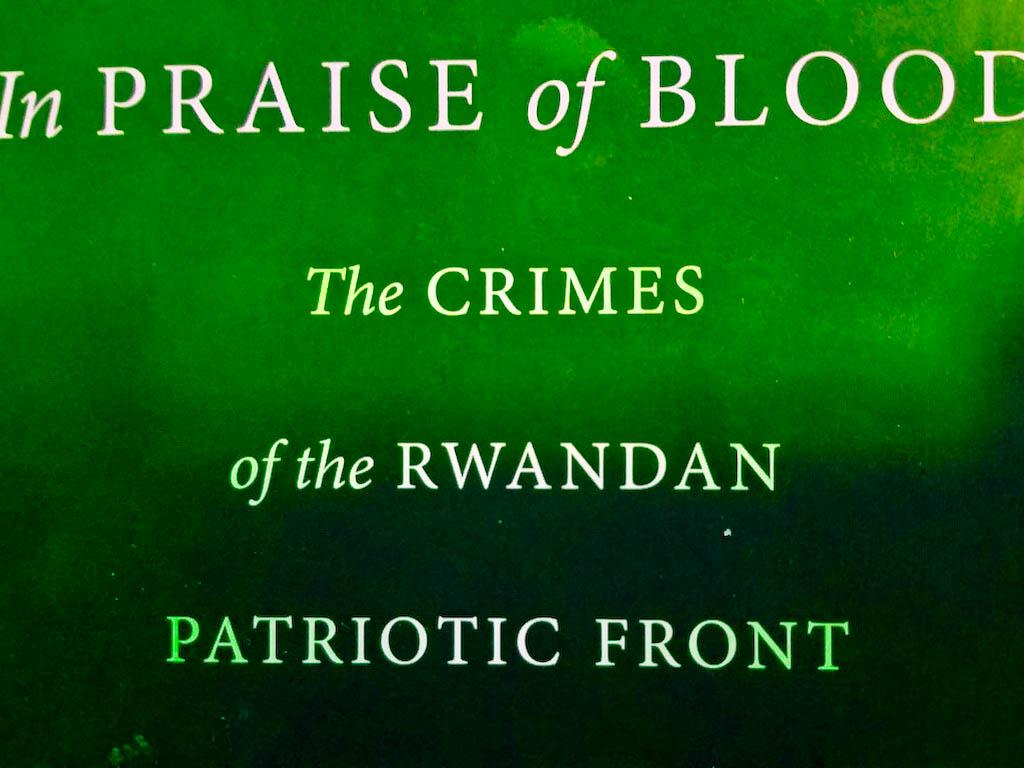 The son of construction worker and a Catholic feminist, Luc Côté grew up in a working class neighborhood of Montreal.  Eventually he became a public defender, providing legal aid [...]
A new birth of the Catholic Church? 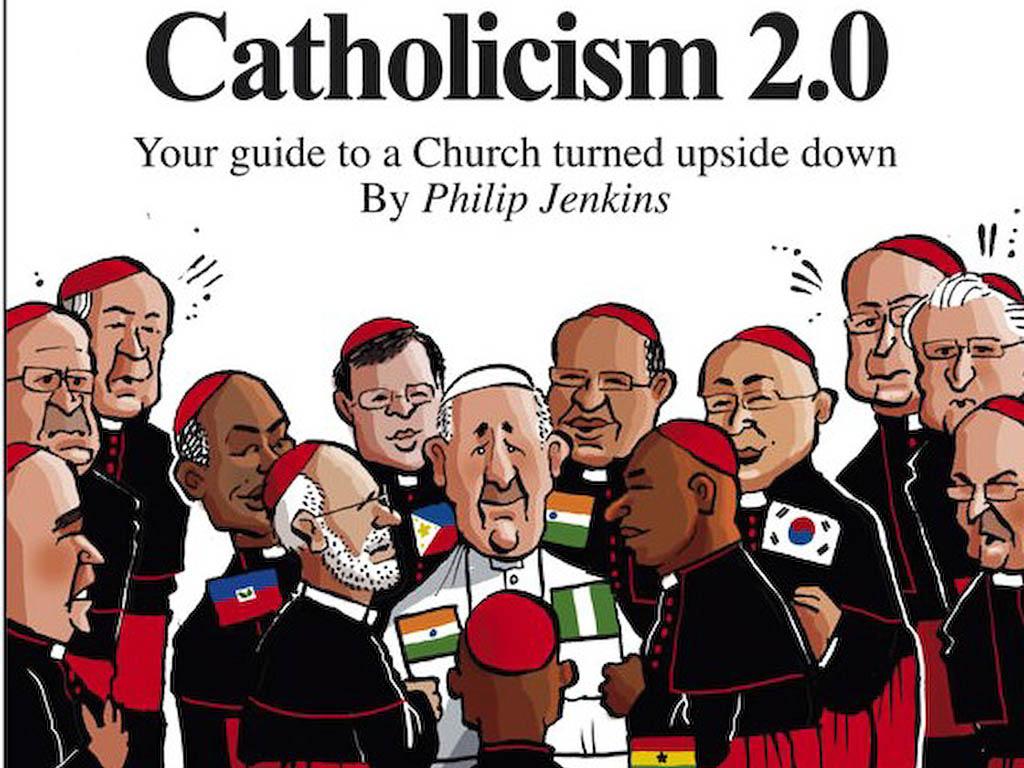 The Catholic Church worldwide is passing through an era of historical transformation, a decisive shift in numbers towards the Global South – to Asia, Africa and Latin America. Many [...]
Jihad. The True Holy War 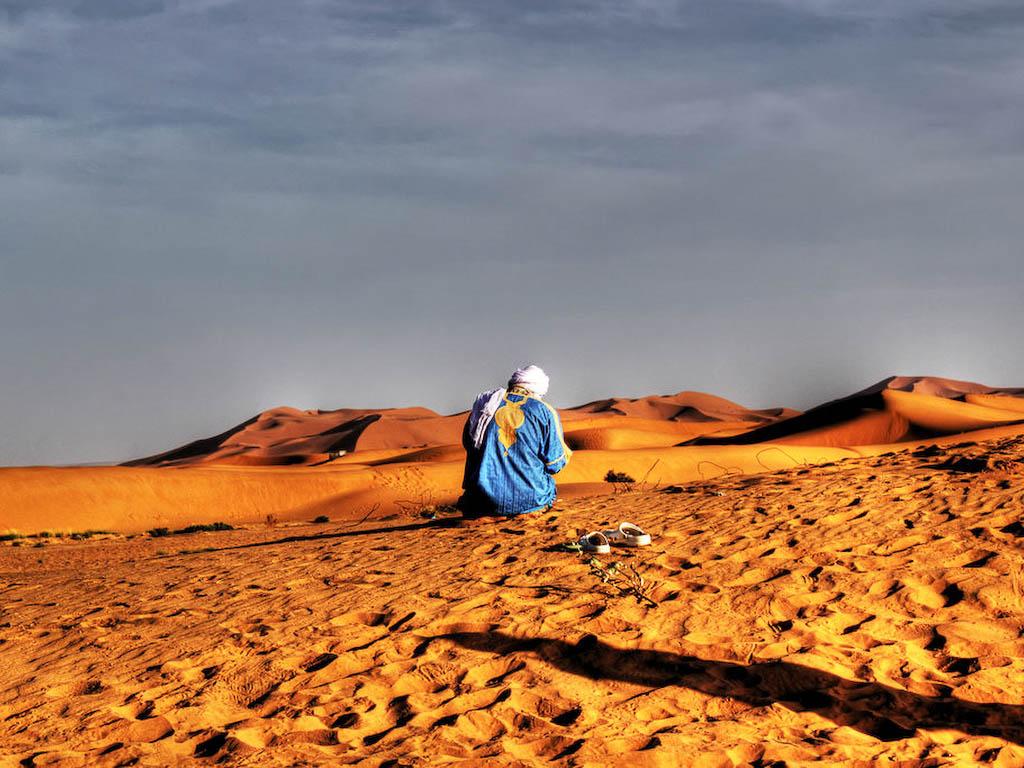 Among all these crimes, however, the most disgusting is killing, destroying, dominating in God's name, calling it the will of God, whatever the name by which he is invoked, or saying that God [...]
Islam: Dishonest leaders, overzealous followers 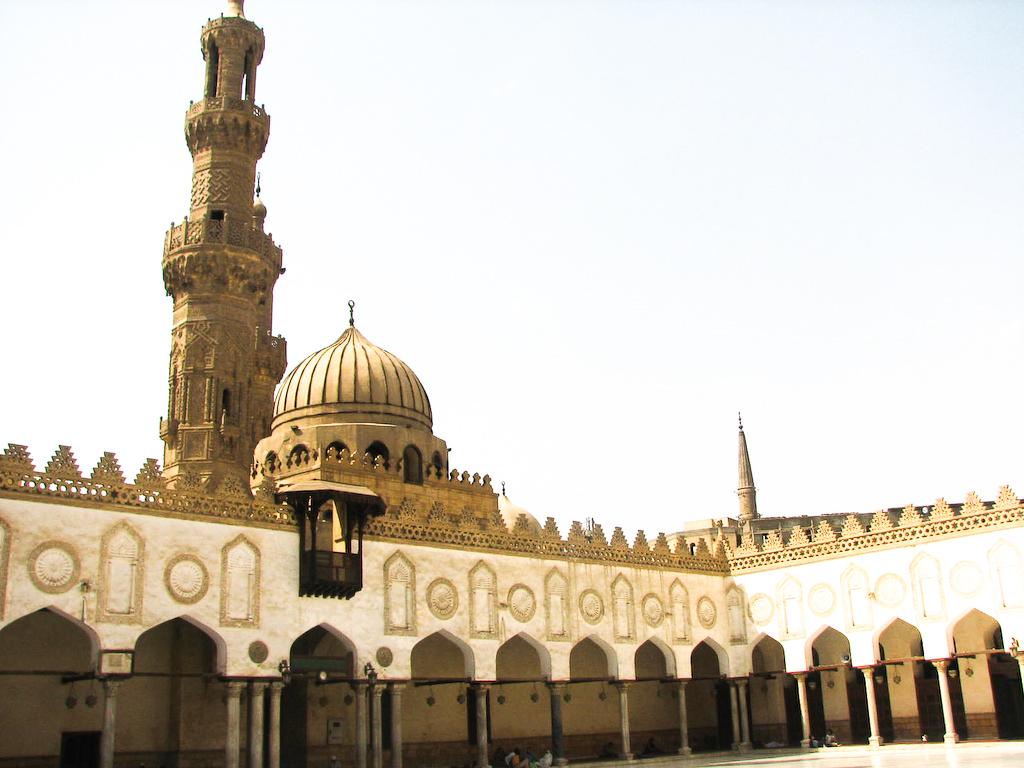 Interesting news out of Tehran! The other day Iranian President, Hassan Rouhani called for unity within the Muslim community with the ultimate aim of laundering the negative image Muslims have [...]
Muslim men should observe hijab first, not women 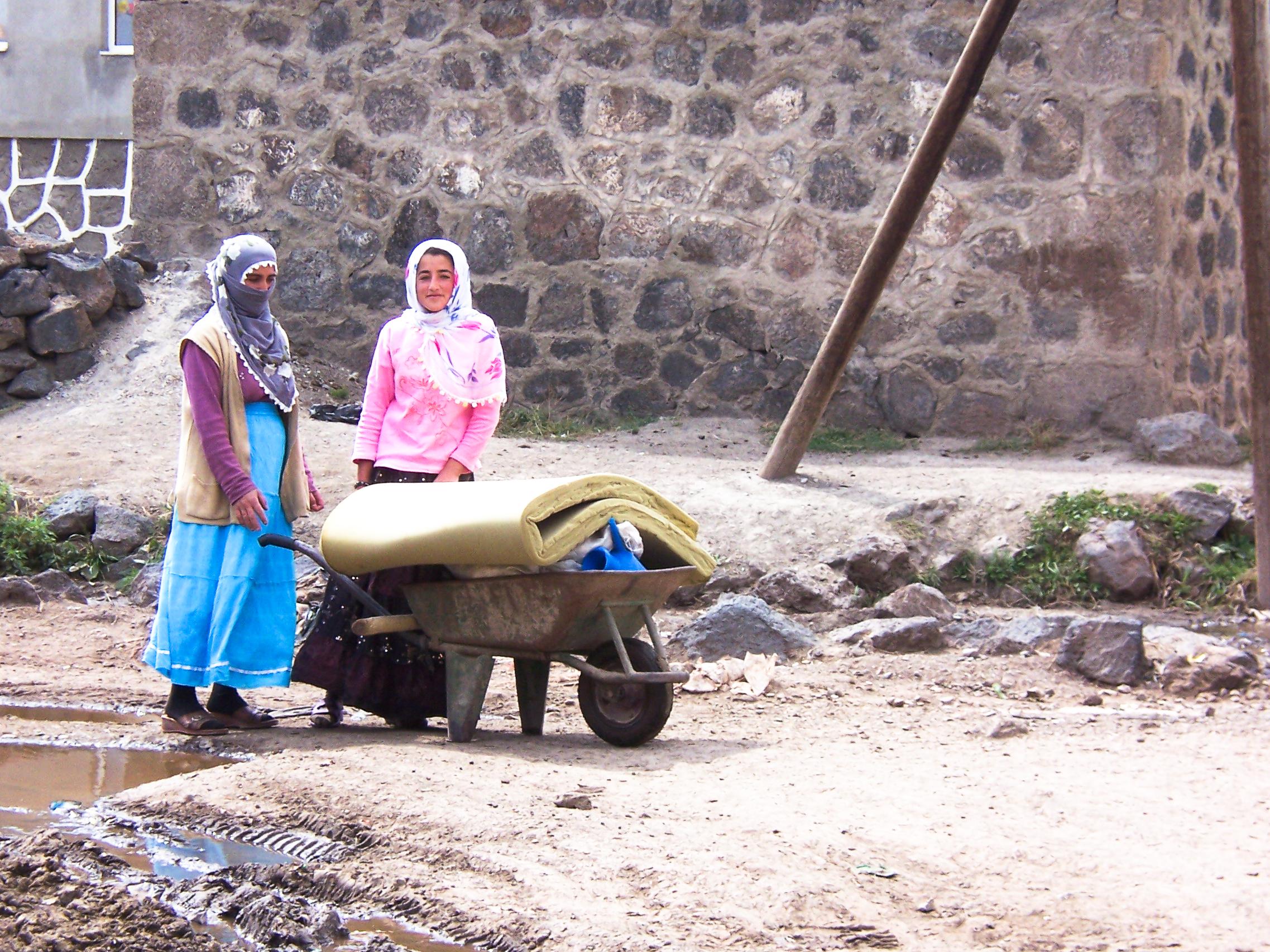 In my day job, I’m a civil rights attorney fighting for Muslim women’s rights. So, when I saw #MuslimWomensDay trending on Twitter, I felt compelled to share my thoughts on [...]
The National Museum of African American History and Culture 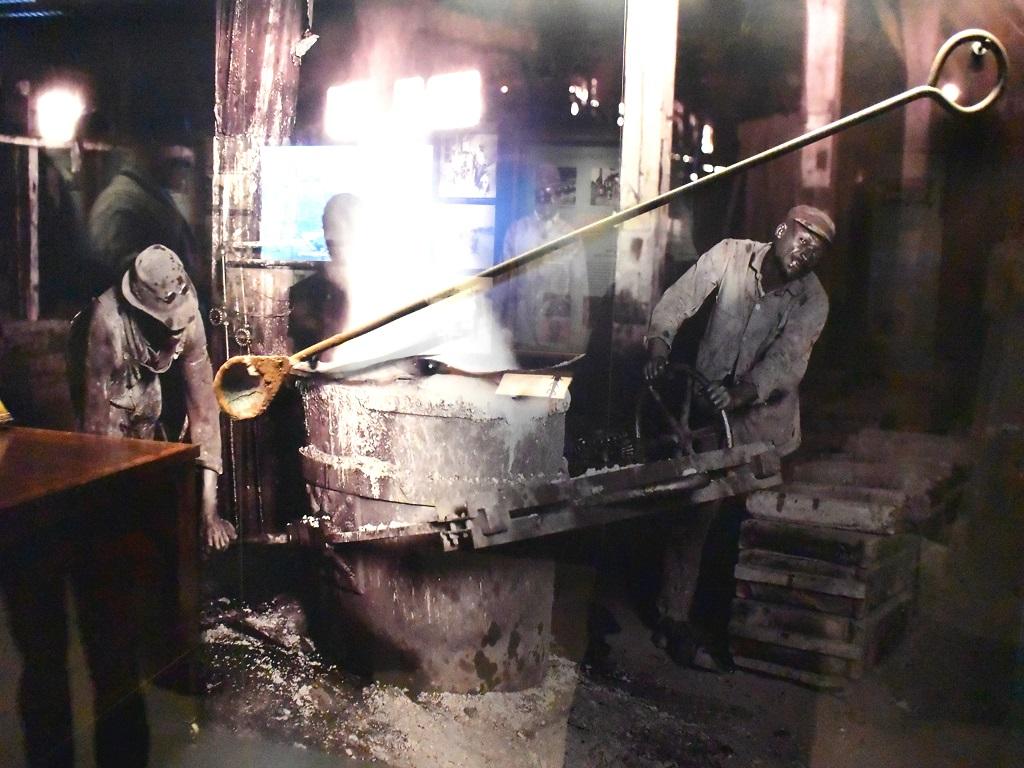 "Below us, this building reaches down 70 feet - said Obama, in opening his speech -, its roots spreading far wider and deeper than any tree. And on its lowest level, after you walk past remnants [...]
Motivating quotes about books and reading 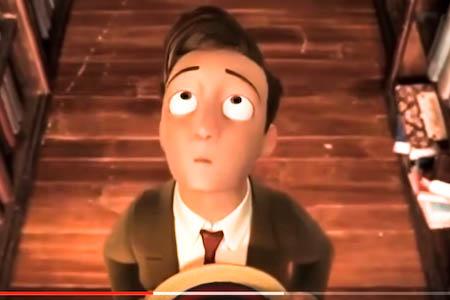 A book is a dream that you hold in your hand. –Neil Gaiman Whenever you read a good book, somewhere in the world a door opens to allow in more light. –Vera Nazarian If we [...]
Under the eye of the Prophet 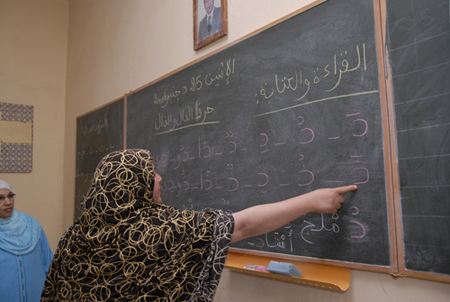 They do not know who is Vivaldi, Freud, the Palestinian activist Ghassan Kanafani, Tchaikovski, Nietzsche, Tolstoy, or the Syrian poet Mohammed Al-Maghout.  They do not know where Hungary is s [...]
The wisdom of the eagle's feather 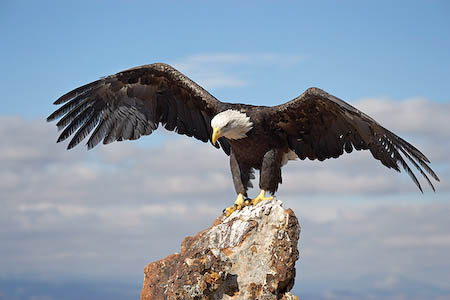 By the shores of a blue lake there is a peaceful Indian village: at midday and in the evening there wafts from the tents aromas that give all, children and adults, a great appetite. But one summer's [...]
Ebola's villain and victim 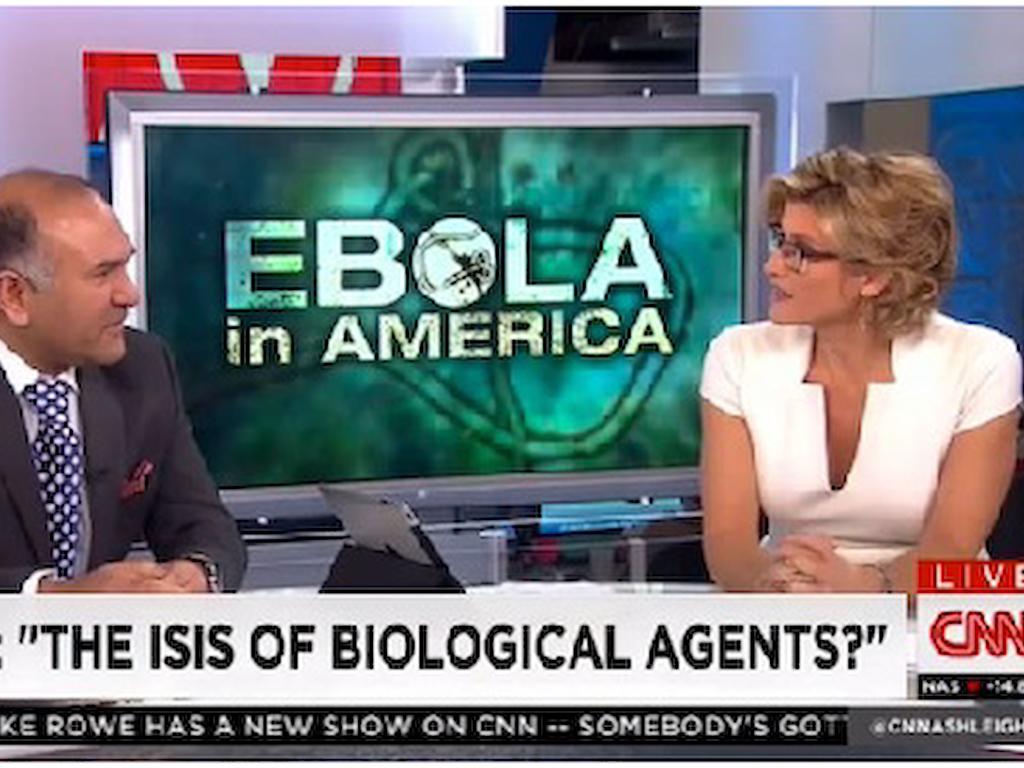 Currently, narrating human tragedy may sound more like fiction, and perhaps fiction may have more humanity.  Whilst sensationalizing headlines regarding all things related to African tragedy is a c [...]