By the time he is finished, Dr. Satyanarayana Parvataneni expects he will be responsible for planting over 200,000 tree seedlings in Jamaica. It is an effort driven by a desire to preserve the planet for the next generation, as well as the one of the largest contributions to date to a national effort to plant three million trees in three years. 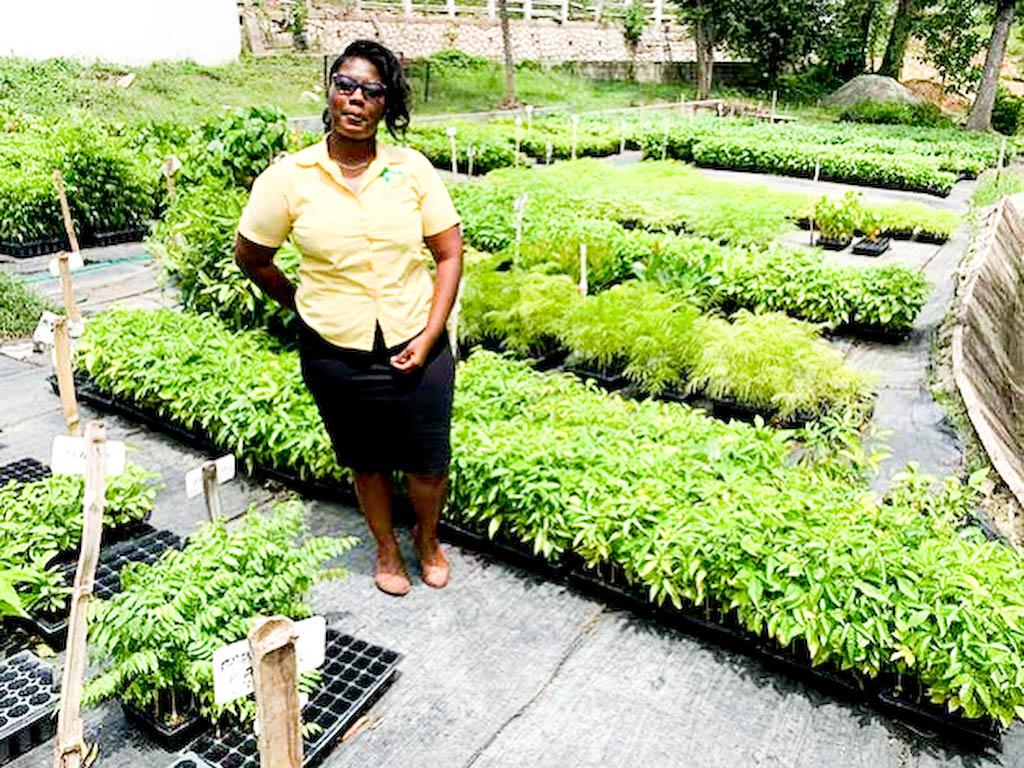 “I am 77, I am retired, and it is good to do something that is nice and unselfish,” Dr. Parvataneni told IPS News in a telephone interview from his home in Portland, a green and lush rainy parish on the north coast of Jamaica. The medical doctor said he and workers he employs have planted mainly timber trees on the 450 acres of land he owns. He has received support from the Ministry of Housing, Urban Renewal, Environment and Climate Change, through its Forestry Department in the way of seedling bags and technical expertise. “Inherently it helps a lot of things,” he said.

The country’s tree-planting initiative was announced by Prime Minister Andrew Holness in 2019, and to date, over 600,000 seedlings have been deposited in the ground. This effort is necessary, according to Jerome Smith, principal director, forest operations division with the government’s Forestry Department, because of climate change, “The main reason for planting the trees was to assist with climate change mitigation and adaptation. People are very enthusiastic, and we are getting a lot of support,” he said, adding that despite a lull in activity caused by COVID, the government is still confident it can meet the goal of three million trees planted by 2022.

Jamaica has been touted as a global leader when it comes to establishing climate change adaptation and mitigation measures, but the small island developing state also struggles to balance economic development like building resorts with prioritizing the protection of the environment.

Jamaica was one of the first countries to submit a second set of stronger “nationally determined contributions” (NDC) for the Paris climate accord. These include a commitment to reduce emissions from business as usual level by 25%, less reliance on heavy fossil fuels and more on green energy, retrofitting buildings, more efficient water usage, and the tree-planting initiative.

Over the past few decades, the country’s original, old forests have declined for a variety of reasons, among them, development, a phenomenon not unique to Jamaica. The country of almost three million people ranks near the top in terms of forest cover, but it has in fact decreased in the recent past, Smith said.

“While even though persons on the outside may say Jamaica is well covered, we do realize that the impact of climate change and the impact of development on forests as it relates to sustainable development does come at a cost to the environment,” he said. A survey taken in 2012 shows that forest cover has increased from 30% to 40% since the 90s (mainly due to reforestation efforts and land formerly used for sugar cane production now used for tree planting). However, Smith said that if measured by “primary” forest cover (original forests that have not been replanted), that has actually decreased, according to satellite imagery. The government has adopted a “no net loss” policy, which means any trees lost must be replaced, said Smith, adding “no net loss sounds good, but there is still an implication for degradation” of the environment.

Jamaica’s circumstances are not unique in the region. A 2020 study from the Inter-American Development Bank shows that in the Latin American and Caribbean region, between 2015 and 2020, South America lost three million hectares of forest per year. And an estimated 240 million hectares of tropical forests in the LAC is in a state of degradation, the report Latin American and Caribbean Forests in the 2020s: Trends, Challenges, and Opportunities also notes.

Although the report says that deforestation rates have slowed over the past 15 years, it is still a tragic loss. The LAC region contains a third of the world’s forests, half being tropical forests and a quarter being mangroves. (In Jamaica alone, the report Forces of Nature: Coastal Resilience Benefits of Mangroves in Jamaica found that over the past two decades, 770 hectares of coastal mangroves have been lost, mostly to development.)

This means the region, and the global ecosystem, is deprived of the many benefits of tree cover, including the removal of carbon dioxide from the atmosphere, protection from major storms, moderation of temperature, circulation of moisture and the provision of habitats for wildlife, as well as economic and cultural goods and services.

Jamaica’s initiative aims to plant three million trees, roughly to match the population of the country. Given that 75% of the country’s forests are on private land, the public will have to buy into the project. Another challenge is the Forestry Department’s lack of budget for the initiative. What it does possess, however, is some private and public sector support, four nurseries to provide the seedlings, as well as the technical expertise to assist people who are planting trees.

The private and non-profit sectors have both come on board with promises to plant hundreds of thousands of trees, and partnerships with schools and community groups are in place to fortify the efforts, said Smith. The trees are mainly ornamental and timber species, and are being planted in a wide range of areas, including schools, communities and parks.

Professor Rosalea Hamilton, CEO of the Lasco Chin Foundation, is collaborating with the Forestry Department to champion a region-wide tree-planting initiative. Dubbed the Caribbean Tree Planting Project (through the Caribbean Philanthropic Alliance), it aims to build awareness of climate change through the planting of one million trees and other climate actions. The Alliance’s 19 country members have planted over a million trees to date across the region.

“The reason we took this on is we feel that this is a way every single citizen can contribute to this problem. We are also concerned about broader social and economic development issues. We want to not just plant trees, but also address employment, address livelihood challenges, and we are all the more committed after COVID,” Hamilton said. The Alliance points to tree-planting as a partial means to achieving the United Nations’ Sustainable Development Goals, as well as a 2018 UN Intergovernmental Panel on Climate Change recommendation to plant 1 billion hectares of forest to limit global warming to 1.5 degrees C by 2050 (See Letter to Caribbean Heads of Government).

“Across the region, we are concerned about the rate of deforestation, that it is outpacing our replanting efforts,” Hamilton said. To address this, authorities must avoid a top-down approach to governance, she added. “The voices of these people who are most affected will not be heard. We get a development initiative that is devoid of and not adequately representing the will of the people. It is very complex, because many persons want jobs and income, so if government says ‘We are going to do this initiative, and jobs are being promised’, a lot of people will support that.”

Eleanor Terrelonge, a PhD student in molecular biology at the University of the West Indies and director for the Jamaica Climate Change Youth Council, said that while Jamaica’s tree planting initiative is a positive step, she has doubts that it is sufficient.

“The government is saying all the right things when it comes to climate change, but I’m not sure all of those are translating into action. Yes, it is a good initiative, but if the government is rapidly deforesting our existing forests, it is kind of counter- productive as a whole. We have a lot of tech expertise in Jamaica, but I don’t know if there is enough political will.” Terrelonge also wondered whether there will be adequate maintenance for the trees now being planted. “I think it is a good initiative, but it won’t solve the problem if we won’t be able to offset the tress we are cutting down.”

Photo. Anna-Kay Brooks, a forest technician with the Forestry Department, shows some of the seedlings cultivated for future growth. © Kate Chappell